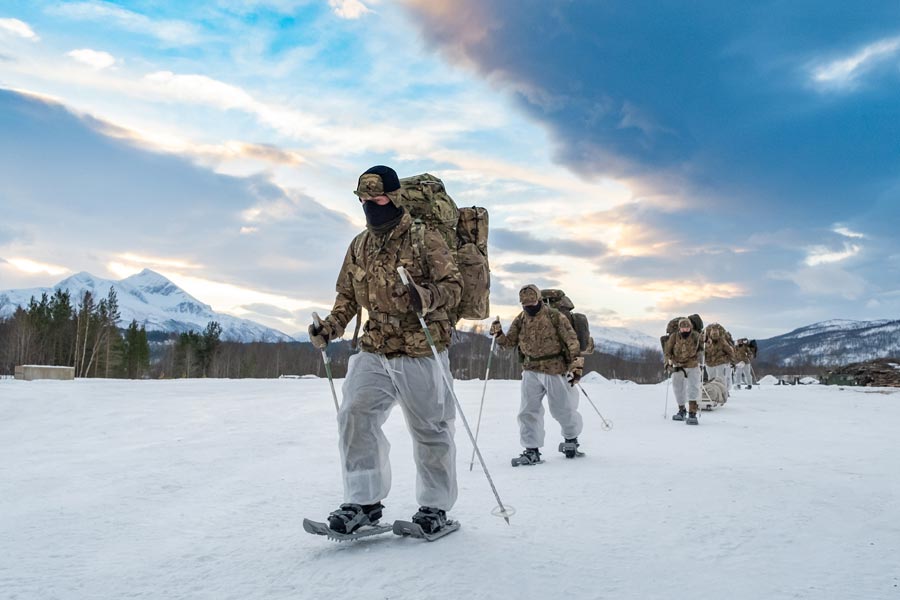 The UK MoD has released a set of recent images of Royal Marines in Bardufoss during the annual Winter Deployment to Norway.

UK MoD Media Release, 29 January 2021: Royal Marines have deployed to the frozen Arctic for many years, to conduct their annual cold weather training. The Commandos are in the North of Norway learning to be winter warriors conducting Arctic survival training in bitterly cold temperatures. The conditions are harsh around 200 miles inside the Arctic Circle, where the sun barely rises and temperatures plummet to below -30C. The Elite Royal Marines must be prepared to deploy anywhere in the world at a moment’s notice. That includes the most extreme climates known to man, including Arctic, jungle and desert.

Editor’s Comment: In the light of Norway’s recent decision to cancel all Allied military exercises in northern Norway this winter we asked Whitehall this morning if the Royal Marines would be remaining in Norway or returning home. The official statement reads:- “UK training on the Winter Deployment is expected to continue in the short term by troops who have been through a rigorous quarantine procedure.

“No new troops will be sent out to participate.”