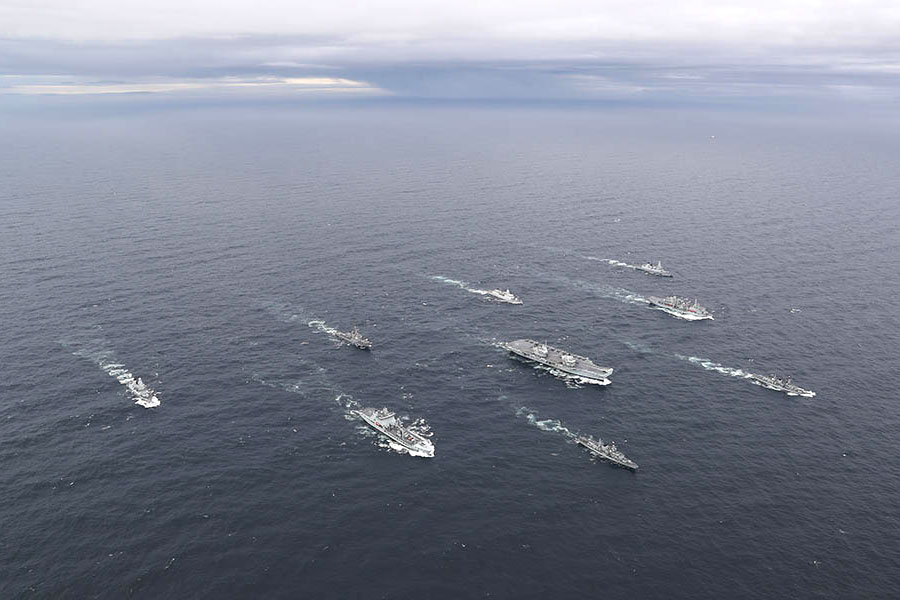 The Joint Declaration supports UK Carrier Strike Group, led by the UK’s aircraft carrier, HMS Queen Elizabeth, on its inaugural deployment this year. The Carrier Strike Group will be complemented by US Marine Corps and US Navy personnel and equipment, including a detachment of US Marine Corps F-35B Lightning II aircraft and the US Navy’s destroyer, USS The Sullivans (DDG-68).

Defence Secretary Ben Wallace said: “This joint declaration paves the way for the US Navy and Marine Corps to be joining the HMS Queen Elizabeth Carrier Strike Group this year for the inaugural Carrier Strike 21 deployment.

“I am delighted that the UK now possesses a 21st century Carrier Strike capability, which has been greatly assisted by the unswerving support and cooperation of the United States at all levels over the past decade.

“This deployment embodies the strength of our bilateral ties and reflects the depth and breadth of this vital defence and security partnership.”

The UK reached a major milestone in December when it declared its Carrier Strike programme had achieved Initial Operating Capability following a series of multi-national exercises throughout 2020. This Joint Declaration paves the way for a successful inaugural operational deployment of the UK Carrier Strike Group alongside its allies.