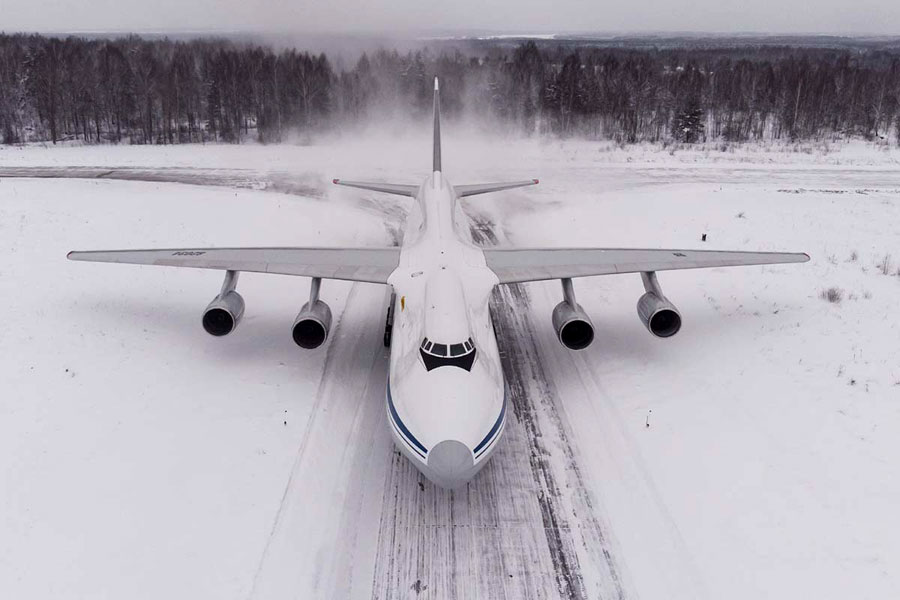 For the first time in the history of Russia, six An-124-100 Ruslan [NATO name: Condor] military transport aircraft took off simultaneously.

Press Release, 15 January 2021: [auto-translated] Today in the Bryansk region the first joint training flights of the crews of the Seshchinsky and Tver aviation regiments were carried out with the participation of six An-124-100 Ruslan strategic military transport aircraft.

The flights were carried out at an altitude of over four thousand metres (13,000 feet), the total length of the route was over 600 kilometres, the average aircraft speed was 500 km/hr. The purpose of the training flights was to improve the skills of young crews of the An-124-100 Ruslan military transport aircraft in the simultaneous transfer of personnel of military units with standard weapons and military equipment over long distances.

For reference: The An-124-100 Ruslan aircraft can lift more than 120 tons of cargo into the air and fly over a distance of over seven thousand kilometres, including simultaneously take on board up to eight units of armoured vehicles or up to 500 personnel.