BALTIC UNITY ~ Swedish and US SOF 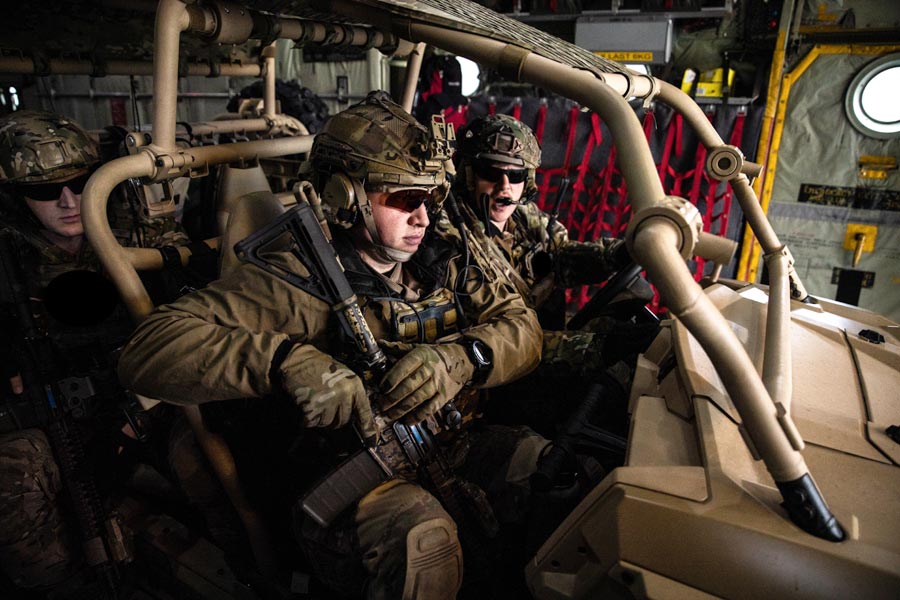 Swedish and US SOF (Special Operations Forces) have been cooperating in Southern Sweden on the bilateral Exercise BALTIC UNITY.

Special Operations Forces create conditions for a rapid response to an imminent threat with air, land, and maritime capabilities to enhance stability in the region.

USAF News Release, 12 November 2020: This November, the 352d Special Operations Wing is participating in a multi-domain, joint exercise in various locations with Swedish Armed Forces. This training includes assets from both partner nations’ air, land and maritime components, who are working together to increase interoperability and relationships for future collaborative events.

“The US forces are incredibly honoured that our Swedish Special Operations Command partners invited us to stage and exercise with them here in Sweden. Our partners are highly capable professional operators, and we look forward to our continued collaboration throughout the Baltic Sea region,” said Joint Special Operations Task Force deputy commander of the exercise, Lt. Col. Houston Hodgkinson.

This bilateral exercise demonstrates the ability of Swedish and US Special Operations Forces, Air Forces and other components, to deploy and respond to a crisis in this area of responsibility.

“This exercise provides the opportunity to train with SOF partners as well as US and Swedish conventional forces across all warfighting functions and domains. This allows us to train how we will fight, while also highlighting the credibility and capability of our combined forces,” said JSOTF commander of the exercise, Col. Nathan Owendoff. “The additive benefit is the critical value of building trust and strengthening relationships between commanders, element leaders, and special operations forces across multiple echelons.”

Swedish and US forces conduct joint exercises across air, land and sea domains to further readiness and response capabilities within the Baltic Sea region. These exercises integrate both partner nations’ SOF capabilities with the conventional force missions and improve upon collaborative initiatives.

“The strength of Swedish and US Special Operations Forces together enable conventional armed forces to defend the region. We remain committed to cooperative security around the Baltic Sea,” said the Swedish exercise director, from SWESOCOM.