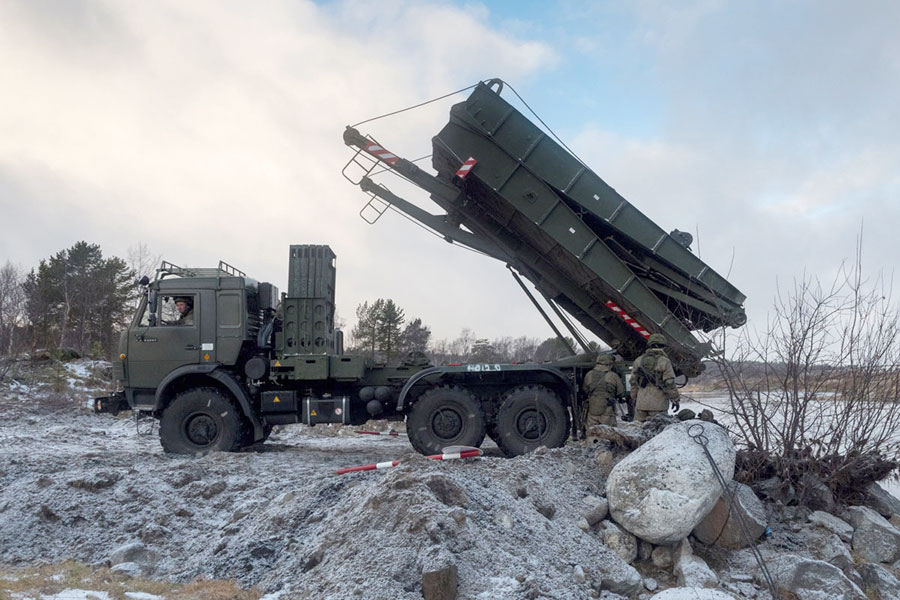 Military engineers of the Russian Northern Fleet have set up a temporary bridge crossing over the Srednyaya river in the Murmansk region.

Press Release, 02 November 2020: Military engineers of the Northern Fleet have worked out the installation of a temporary crossing for heavy automobile and armoured vehicles across a water barrier instead of a notionally destroyed bridge in the Murmansk region. As part of the exercise, specialists from a separate Naval Engineering Regiment of the Northern Fleet used a new set of Heavy Mechanised Bridge TMM-3 based on the KamAZ army truck.

The exercise was held in the area of the Srednyaya river near the village of Shchukozero. According to the plan of the exercise, the stationary bridge over the water barrier was destroyed by the sabotage and reconnaissance group of the imaginary enemy, and the approaches to the bridge and to the river were mined. The sapper unit that arrived at the site of the destruction carried out an engineering reconnaissance of the area. Also, the servicemen determined the degree of damage to the bridge crossing and concluded that it was impossible to use it safely.

To restore the interrupted traffic, it was decided to build a temporary crossing. The task was complicated by the possible mining of the most convenient approach to the river. With the help of a platoon of sappers and mine detection dogs, all the explosive devices were found and disposed of on the spot. Then the engineering and bridge division entered the business, which in less than an hour established a crossing of three bridge sections. The reliability of the new bridge crossing was immediately tested by heavy army trucks.

The exercises on building a bridge crossing in the Far North and the Arctic became a control test of the special skills of naval engineers in the summer training period. According to the management of the Marine Engineering Service, their subordinates successfully coped with the assigned tasks.

For reference: Heavy Mechanised Bridge (TMM-3) is designed for the construction of bridges over obstacles up to 40m wide and up to 3m deep in order to pass through them wheeled and tracked loads weighing up to 60 tons. The bridge set consists of four bridge-layers on a KamAZ truck chassis (previously used by KRAZ), carrying bridge blocks with supports. The bridge set is successfully used to build temporary crossings over small water obstacles in the Far North and the Arctic.