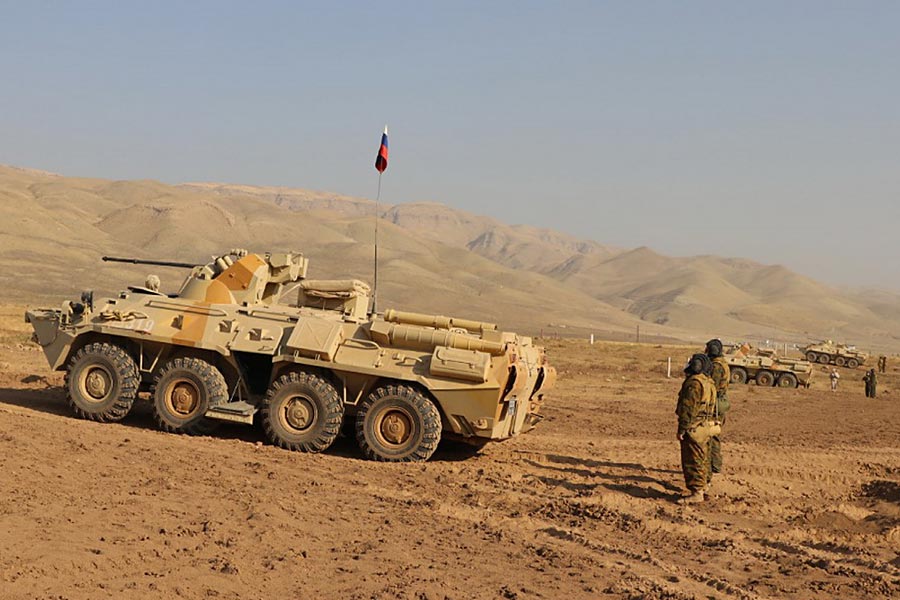 Press Release, 14 October 2020: Motorised rifle units of the Russian military base in Tajikistan worked out the tasks of organising manoeuvre defence in mountainous areas. The tactical exercise was conducted during the passing of the control check for the 2020 training year.

During the exercise at the Lyaur training ground, the military personnel worked out issues of engineering equipment for defensive lines and reserve firing positions, using the features of the natural landscape of the area. During the main stage of the combat training event, motorised infantry on BTR-82A armoured personnel carriers as part of the units completed the tasks of conducting manoeuvre defence with ambushes and fire counter-attacks in order to weaken the main forces of the mock enemy and inflict maximum losses on it. Special attention was paid to the organisation of stable and continuous communication with the active use of electronic warfare by the enemy.

Earlier, the commander of the CMD Colonel-General Alexander Lapin said that in October, as part of the control inspection of the troops for the summer training will be held over ten major military exercises with the participation of formations and military units of the CMD on the grounds in Bashkortostan, Udmurtia, Tuva, and also the Kemerovo, Novosibirsk, Orenburg, Samara, Sverdlovsk and Chelyabinsk regions.

Source: Ministry of Defence of the Russian Federation.