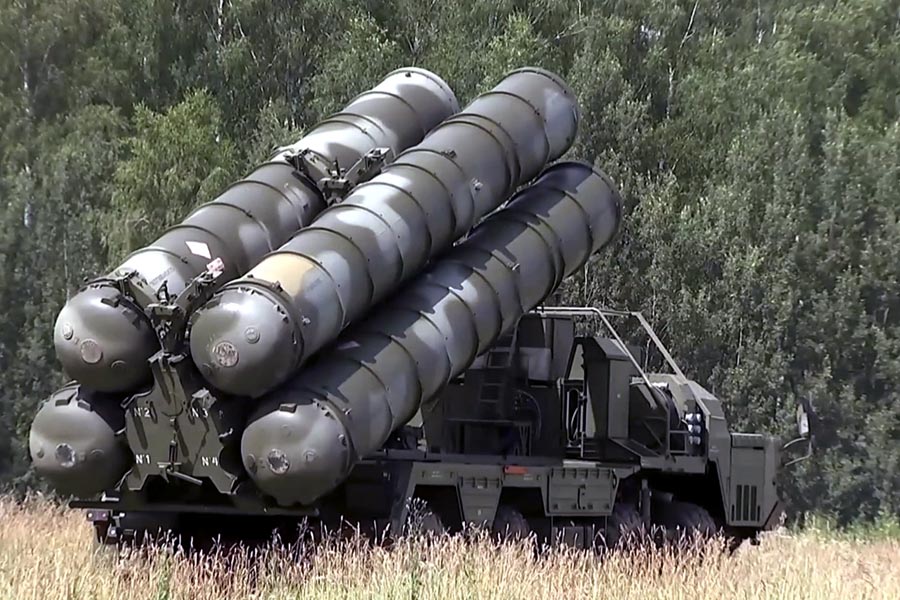 A Russian anti-aircraft missile regiment, during an exercise in the Moscow region, successfully repelled a simulated enemy air raid.

News Release, 09 October 2020: [auto-translation] An anti-aircraft missile regiment of the air defence-missile defence formation during the exercise successfully repelled an air raid of a simulated enemy.

As part of the control check during the summer training period of 2020, an exercise was held by the anti-aircraft missile regiment of the Air and Missile Defence Formation (ПВО-ПРО) of the Aerospace Forces, stationed in the Moscow region.

In the course of practical actions, after the combat crew repulsed the first massive air strike of the notional enemy, the subunits in the column made a march from their permanent deployment points to new positional areas. The manoeuvre was carried out in order to prevent the destruction of the regiment’s forces revealed during the repulsion of a massive air strike. During the march, the personnel of the security and defence unit repulsed an attack by a notional sabotage and reconnaissance group that suddenly attacked from a forest, and also overcame an infected area in chemical defence equipment. Upon arrival in the new positional area, the personnel dispersed and took up combat duty in the air defence.

Source: Dept of Information and Mass Communications of the Russian Federation MoD