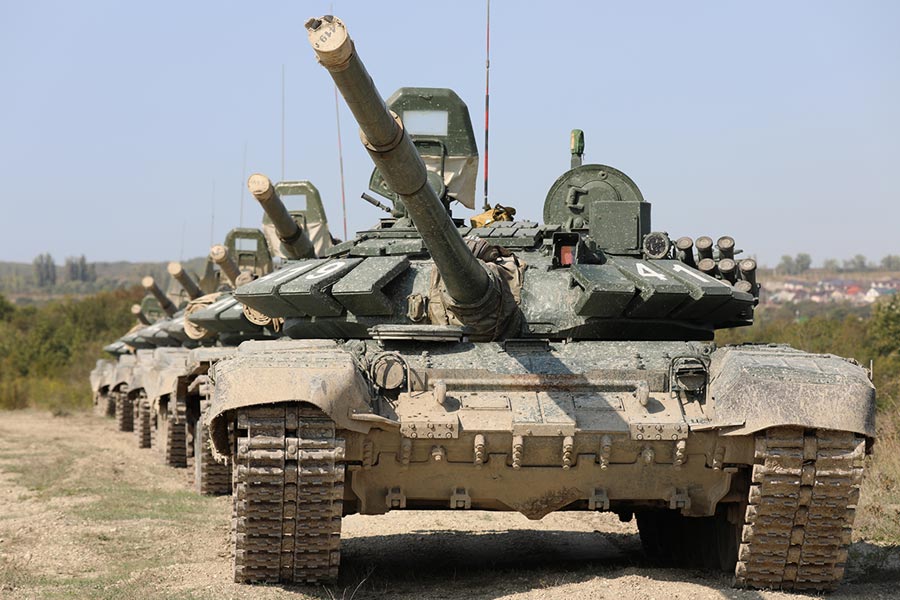 More than 100 training targets were destroyed by Paratroopers of the Novorossiysk Guards Mountain Formation of the Airborne Troops.

As part of the preparatory stage for the KAVKAZ-2020 strategic command and staff exercises (SKSHU), units of a separate tank battalion of the Novorossiysk Guards Airborne Assault Mountain Formation worked out actions on the use of tank units in mountainous and wooded areas and performed practical firing from the armament of the T-72B3 tank with regular warheads against emerging and moving targets at various distances, as well as with a large calibre 12.7-mm ‘Kord’ anti-aircraft machine guns against air targets.

The shooting was carried out at targets imitating a moving tank, an anti-tank grenade launcher and an artillery gun at a distance of up to 2000 metres. Fulfilment of combat missions for tank crews was complicated by the arrival of unexpected inputs. Targets appeared in the engagement zone for a short time, which required an instant response from the paratroopers and accuracy when firing. Also, during the training, tank crews improved their flank firing skills on the move, which is one of the most difficult elements in the actions of tank units.

In total, the tank crews hit more than 100 armoured and air targets of the imaginary enemy.