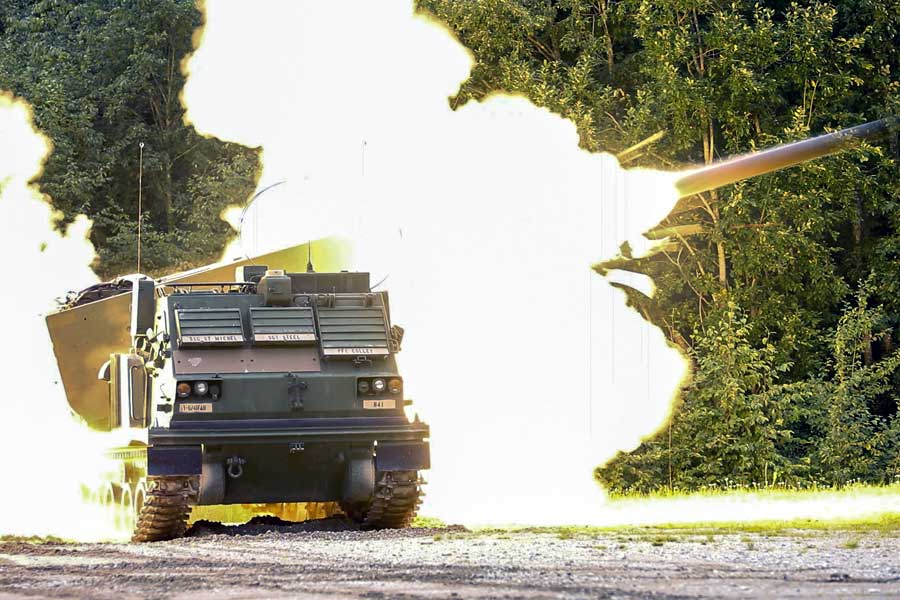 A US Army Multiple Launch Rocket System fires off its first rocket during a live fire exercise with Estonian Defence Force in Tapa, Estonia 05 September 2020 [US Army: Spc Ryan Barnes]

Approximately 70 US soldiers from the 1st Battalion, 6th Field Artillery Regiment (1-6FAR) of 41st Field Artillery Brigade (41 FAB) are conducting the live fire with members of the Estonian Defence Forces 1st Infantry Brigade in Tapa, Estonia. This is 41st FAB’s first live-fire training event with MLRS (Multiple Launch Rocket Systems) outside of Germany since their reactivation at Grafenwöhr in Bavaria on 30 November 2018.

RAIL GUNNER RUSH is intended to demonstrate the strong bilateral partnership between the US and Estonia and to test the brigade’s deployment capabilities, readiness and interoperability with NATO Allies. The 41st FAB is the only European based US Field Artillery Brigade, providing strategic, operational and tactical-level fires and support throughout the US European Command.

In the light of recent instability in neighbouring Belarus, USAREUR has been at pains to stress this routine training exercise is not tied to any current events in the region.

Editor’s Footnote: Late last month we received an invite to Tapa from USAREUR to cover part of RAIL GUNNER RUSH and had initially drawn up plans to briefly visit Estonia before moving on this evening to an event in another Baltic region nation, but unfortunately the recent short notice introduction of quarantine requirements in this part of Europe knocked that idea on the head.