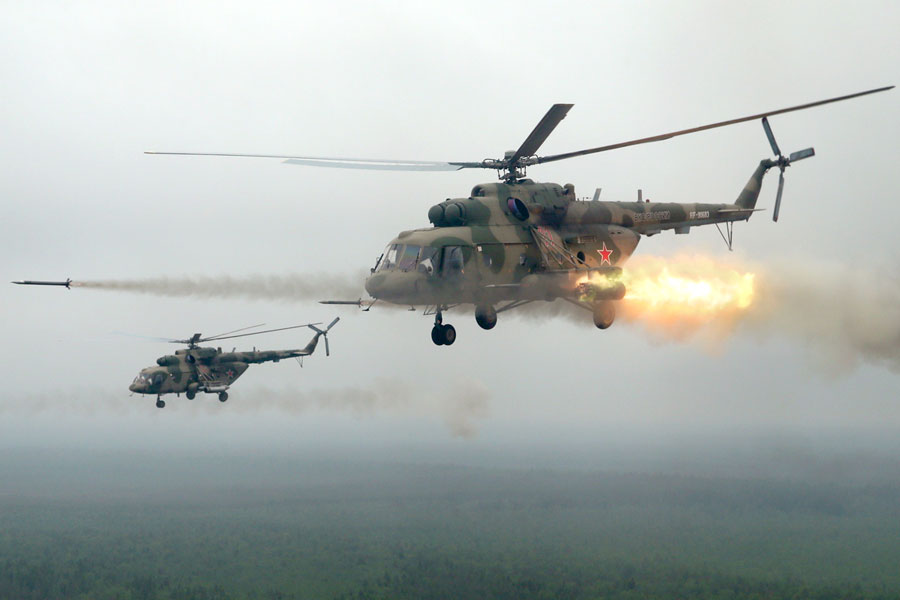 [image ©Ministry of Defence of the Russian Federation]

The Army Aviation crews of the Leningrad Army Air Force and Air Defence destroyed the command post of a notional enemy on a recent exercise in West Russia.

Russian MoD News Release, 28 June 2020: [Auto-translated] Combat crews of the Army Aviation of the Leningrad Army Air Force and Air Defence of the Western Military District launched rocket and cannon attacks on the positions of the command post of the notional enemy.

During the tactical flight exercises with the use of aviation weapons, the crews of an independent helicopter regiment, having made flights from the Pushkin airfield to the Kiniseppsky training ground (Leningrad Region), completed a combat training mission to destroy the underground command post of the ‘enemy’. The flight to the specified area of operations was carried out as part of flights at an extremely low altitude of up to 30 metres. In addition, the air cover of helicopters that took off as part of the flights was undertaken by air patrolling of the adjacent airfield.

As an aviation weapon, the С-8КОМ 80mm unguided missiles and the 30mm GSh-30 automatic cannon were used. To create false targets for air defence systems, the ASO-2V heat decoys, produced with the help of airborne defence systems, were used.

The training was attended by more than ten Mi-8MTSh multi-purpose helicopters, Mi-35 attack-combat helicopters, as well as the Mi-28 Night Hunter.