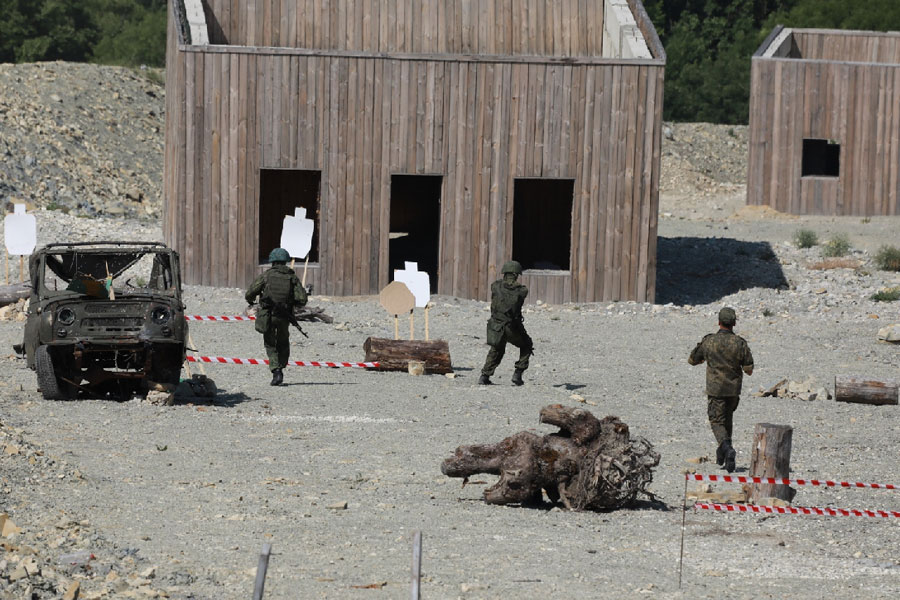 The Airborne Special Forces Group of the Tula Guards scored first place at the ‘Storming A Building’ stage of the POLAR STAR Special Forces Competition.

Russian MoD News Release, 07 July 2020: The participants of the POLAR STAR 20 all-army competition in field training among Special Forces units of the Airborne troops successfully worked out a very difficult building assault exercise on the Rayevsky training range near Novorossiysk.

According to the plot of the exercise, the teams were air-landed from a helicopter near a building captured by mock ‘terrorists’ holding civilian hostages. The Special Forces units were given a daunting task of rescuing the hostages.

To fulfil the task each team was given only two grenades per RPG-7D antitank rocket launcher, 40 rounds per each AKS-74 assault rifle, ten rounds per the SVDS sniper rifle, 50 rounds per the PKM machine gun, and 16 rounds per each Makarov pistol. This stage was special due to the fact that the participants worked out tactical and shooting skills in a built-up area.

[source: Ministry of Defence of the Russian Federation]