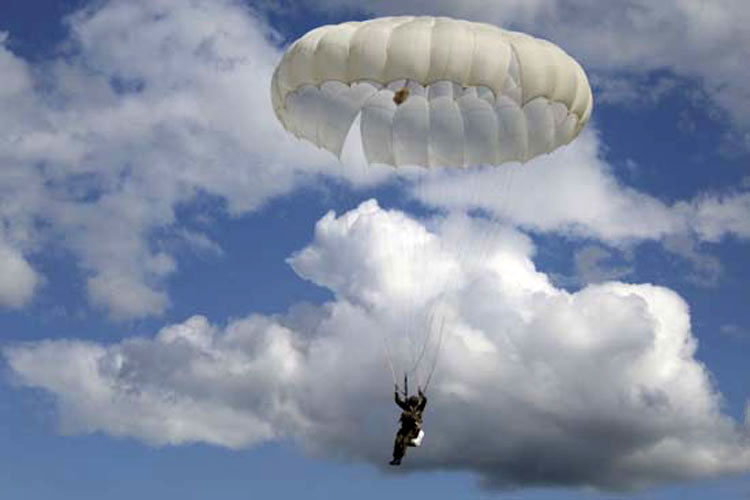 More than 1000 servicemen of the Ivanovo-based Airborne Forces were landed from various types of aircraft in the course of planned exercises in airborne training.

News Release, 27 May 2020: Paratroopers of the Ivanovo Guards Airborne Force completed more than 1000 parachute jumps from various types of military transport aircraft on the D-10 and ‘Arbalet-2’ parachute systems, night and day.

Early in the morning, the first group, taking off on an An-2 plane from the Ivanovo-Severny airfield, made a recce jump from a height of 600 metres onto the landing site near Ivanovo. To perform such a landing, only experienced paratroopers are allowed, since with the descent the soldier practically does not control the parachute. This is necessary for pilots so that they can assess the situation and for future landings make only minor adjustments for the wind.

Following this, mass landing began, during which about 40 sorties were performed and about 400 troops were dropped. Half of the jumps were made at night. Upon returning to the take-off airport, the personnel of the multiple loaded into the Il-76MD aircraft waiting for them and landed on the Budikhino landing site in the Kostroma region. After landing, the units worked out the tactical tasks of capturing the targets of a notional enemy.

With just three Il-76MD airplanes of the military transport aviation of the Russian Aerospace Forces, six ascents were completed and more than 600 military personnel were landed.