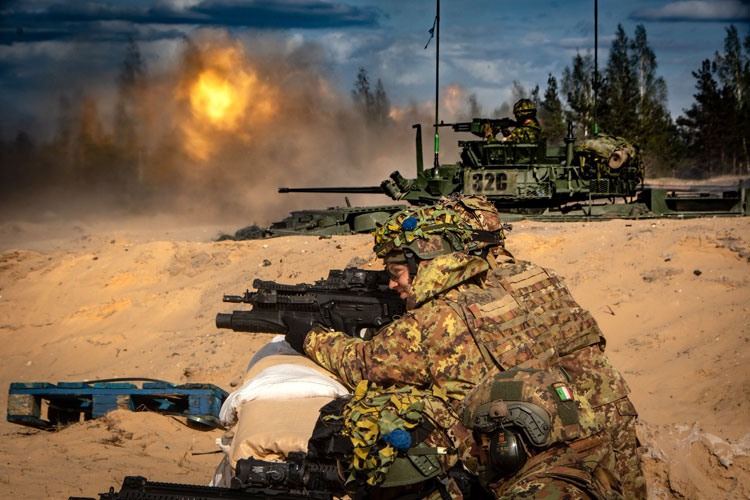 NATO Statement: “While we continue to take all the necessary measures to protect our armed forces during the COVID19 pandemic, our operational readiness remains undiminished. Our forces remain ready, vigilant and prepared to respond to any threat. NATO’s enhanced Forward Presence Battlegroup Latvia practised defensive firing during Exercise STEELE CRESCENDO, held at Ādaži Training Grounds in Latvia. During the live-fire exercise, the multinational Battle Group’s soldiers practised repelling an attack using armour and infantry.”

This footage of the Canadian-led multinational Battle Group, released 11th May by NATO Multimedia, includes shots of anti-tank missiles being fired, armoured vehicles and infantry.