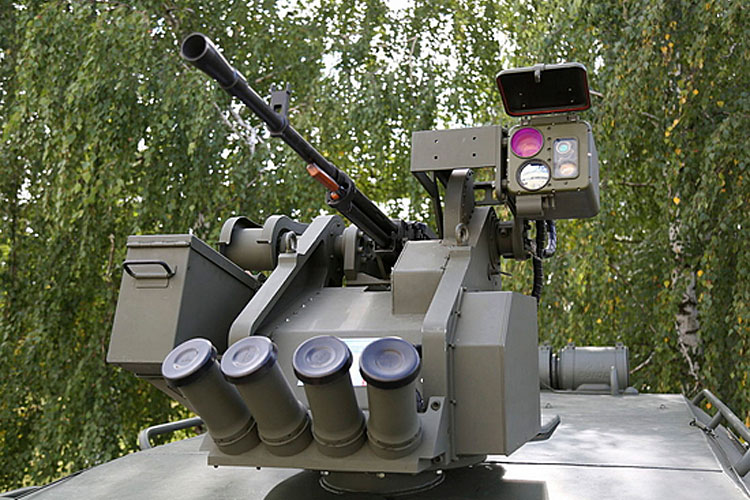 According to the plan of the exercise, the air surveillance station servicemen found unmanned aerial vehicles in the sky and then, on alarm, the rapid reaction units [deployed] with the Tiger armoured vehicle equipped with the Arbalet remote control module and capable of destroying aerial objects with machine gun fire. An air defence calculation detected more than 10 air targets and conducted their conditional destruction.

The Arbalet complex based on the armoured vehicle TIGR-M (Tiger-M) detects and recognises a typical target with a narrow field of view at a range of at least 2500 metres. There is also a thermal imaging sighting camera with a range of detection and target recognition of at least 1500 metres. The module is armed with a 12.7mm Kord machine gun, the ammunition of which is up to 450 shots. The weight of the Arbalet-DM complex is no more than 250 kg.

[Source: SMD of the Russian Federation Ministry of Defence]