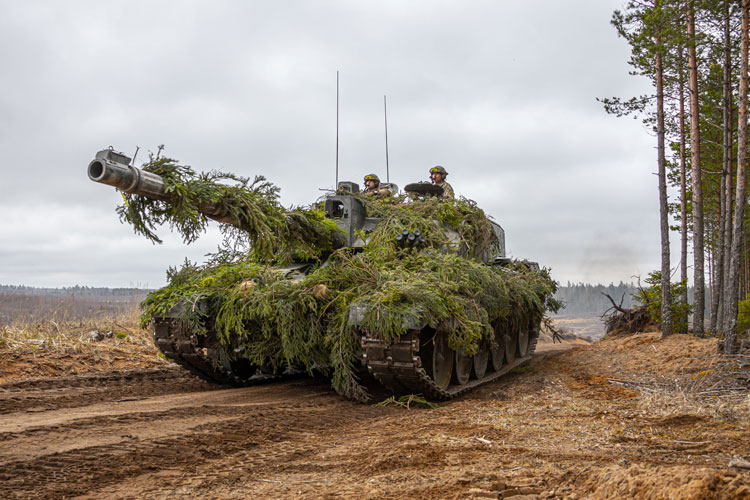 NATO’s enhanced Forward Presence Battlegroup Estonia has participated in Exercise SPRING STORM (KEVADTORM) 2020, an annual drill in which Estonia tasks its conscripts with mobilising and repelling a simulated threat. The UK-led Battlegroup played the opposing force, sending its armour and troops to a training ground in central Estonia.

Due to the COVID-19 pandemic, Estonia reduced the scale of this year’s exercise and limited it to the central training grounds. The only international troops participating came from the eFP Battlegroup, further limiting the risk of spreading the virus. This footage released by NATO today, filmed by the Estonian Defence Forces, includes drone shots of tanks on the move, shots of Estonian and British troops in combat and soundbites from Major Chris Jose, British Army.