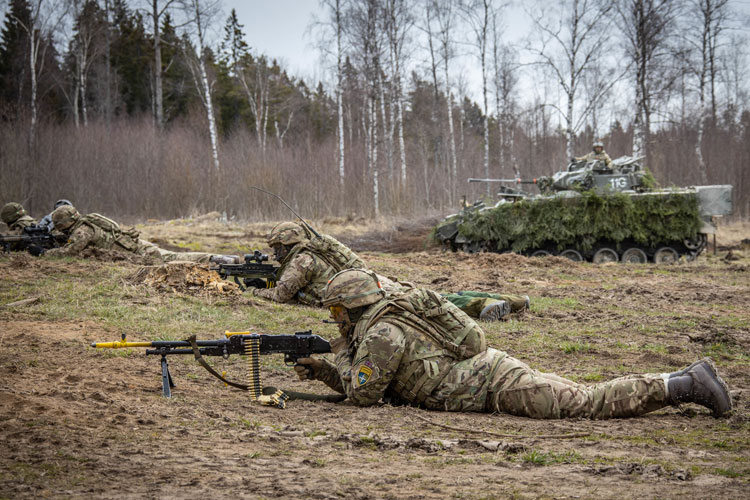 British Army personnel deployed to Estonia on Operation CABRIT for the NATO eFP mission have this week been participating in Exercise KEVADTORM 20, writes Bob Morrison.

Estonia’s largest field exercise of the year, KEVADTORM (SPRING STORM) 20, has been significantly reduced in scale on account of the COVID-19 pandemic with troop movements mostly confined to the Central Training area north of Tapa rather than the manoeuvres being free-flowing over the countryside as in previous years.

Both of Estonia’s two Infantry Brigades are participating in the current combat phase of the exercise, along with the UK-led NATO eFP (enhanced Forward Presence) Battle Group or BG EST. This formation is currently led by the Queen’s Royal Hussars, with 1st Battalion Royal Regiment of Fusiliers and a 200-strong Danish Army company group in support. Regrettably current travel restrictions mean I have not been able to cover KEVADTORM this year, which is a pity as I really like both Estonia and its people, but fortunately Estonian Defence Forces (Eesti Kaitsevägi) photographers are documenting the exercise. The following images were all taken on Tuesday 28th April on the Central Training Area and the photographers were Corporal Jäärats, Junior Sergeant Tõkke and Sergeant Valkenklau.