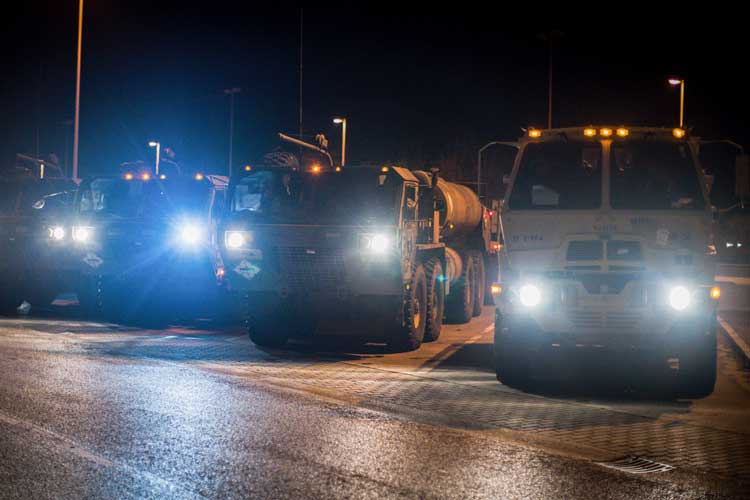 A US Army convoy containing soldiers from 2ABCT of 3rd Infantry Division has departed from Hagenow, Germany, during Exercise DEFENDER-Europe 20.

In this NATO video, released earlier this evening, a convoy of US Army vehicles containing soldiers from 2nd Armored Brigade Combat Team, 3rd Infantry Division and escorted by the German Military Police, is seen departing from Hagenow, Germany, during Exercise DEFENDER-Europe 20. To limit the impact on civilian traffic, military vehicles and equipment are usually moved at night.

DEFENDER-Europe 20 is a US-led multinational exercise that includes 16 NATO Allies. It is the largest deployment of US-based forces to Europe in the last 25 years, with 20,000 soldiers deploying directly from the United States to Europe. As such, it demonstrates US commitment to NATO and its resolve to stand by its European Allies.