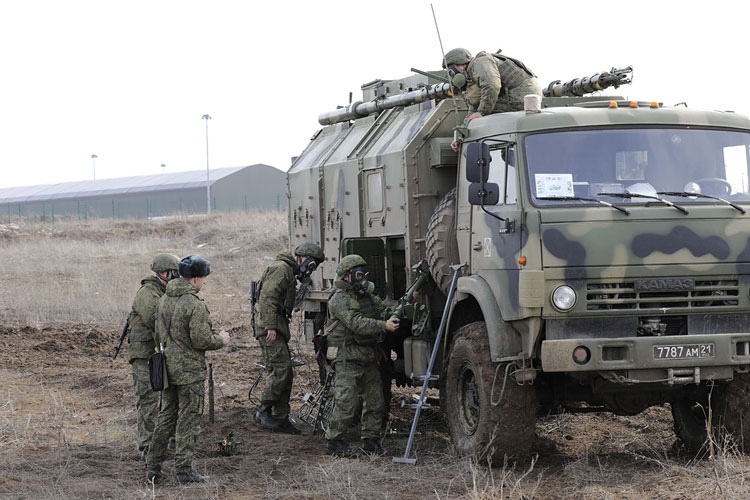 Signals Specialists of the Southern Military District in the Rostov region have completed preparations for the qualifying stage of the CONFIDENT RECEPTION 2020 competition.

News Release, 02 March 2020: At the Kadamovsky training ground in the Rostov region, the training of Signals Specialists of the Southern Military District (SMD) for the field training contest CONFIDENT RECEPTION 2020 has been completed.

Earlier, during the competition among the teams of formations and military units of the 8th Combined Arms Army, the best crews were determined. They joined the formation team at the district stage, which will be held from 2 to 6 March this year.

The teams performed control exercises on tactical, fire and physical training, worked out the deployment of radio relay stations, mast devices, autonomous power units, protective grounding equipment, and organized the transfer of digital information to the same type of stations and met the standards for driving command and staff vehicles.