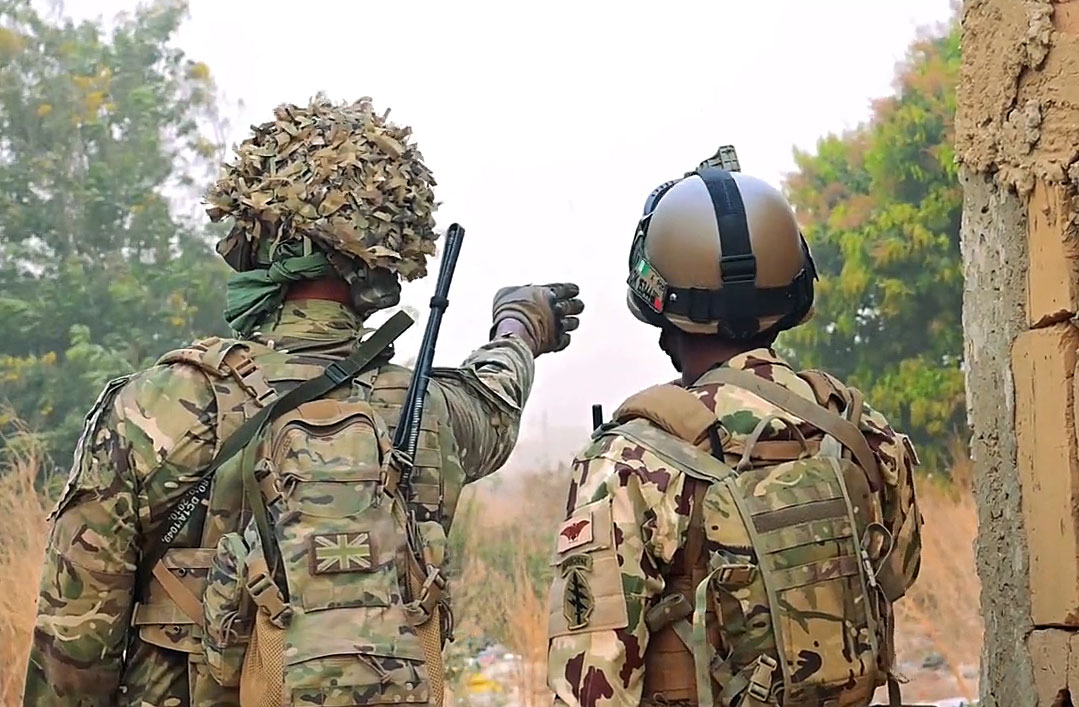 Over the past two weeks British Army and Royal Marines trainers have instructed Special Operations Forces from three African nations during FLINTLOCK 20.

Flintlock 2020 is US Africa Command’s premier Special Operations Forces exercise. The exercise strengthens security institutions, promotes multilateral sharing of information, and develops interoperability among the partner nations of the Trans-Sahara Counter-Terrorism Partnership. Approximately 2,000 personnel from more than 30 African and Western nations have been participating in this year’s exercise.

In this first US Navy video, by Mass Communication Specialist 2nd Class Sean Castellano, soldiers and sailors from the Nigerian Army and Navy simulate conducting patrols and participate in close quarter battle (CQB) drills under the instruction of United Kingdom soldiers as part of FLINTLOCK 20 in Thies, Senegal on 22nd February.

In the second video sequence, also by MCS (Petty Officer) 2nd Class Castellano, soldiers and sailors from the Nigerian Army and Navy, Moroccan soldiers, and Cameroonian soldiers participate in a simulated raid under the instruction of United Kingdom soldiers as part of FLINTLOCK 20 in Thies, Senegal on 25th February. The exercise was a capstone event of the past two weeks of training conducted between the United Kingdom and the three African partner-nations.