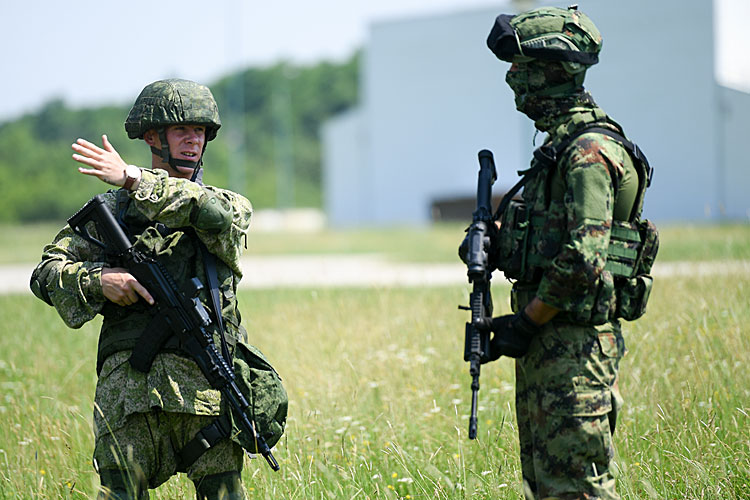 The MoD of the Russian Federation has announced its Ground Forces are to conduct eleven bilateral exercises with counterparts from foreign states in 2020.

News Release, 07 January 2020: In the framework of international military cooperation, in 2020 it is planned to conduct eleven joint exercises of units of the Land Forces of the Armed Forces of the Russian Federation with colleagues from foreign countries. Manoeuvres will be peacekeeping. Also, during their conduct, operations will be developed to fight illegal armed groups.

In accordance with the plan of international military cooperation for 2020, the units of the Land Forces will demonstrate their skills in Belarus, Kyrgyzstan, and Pakistan, where they will take part in UNBREAKABLE BROTHERHOOD 2020, FRONTIER 2020 and FRIENDSHIP 2020 exercises. In addition, joint exercises will be held with PLA units of the Chinese Army and manoeuvres with the servicemen of the Republic of Nicaragua.

During the exercises will be worked out: joint planning of peacekeeping operations, the procedure for interaction between representatives of the headquarters and units of the Land Forces of the participating countries, as well as tactical actions to neutralise conventional illegal armed groups.