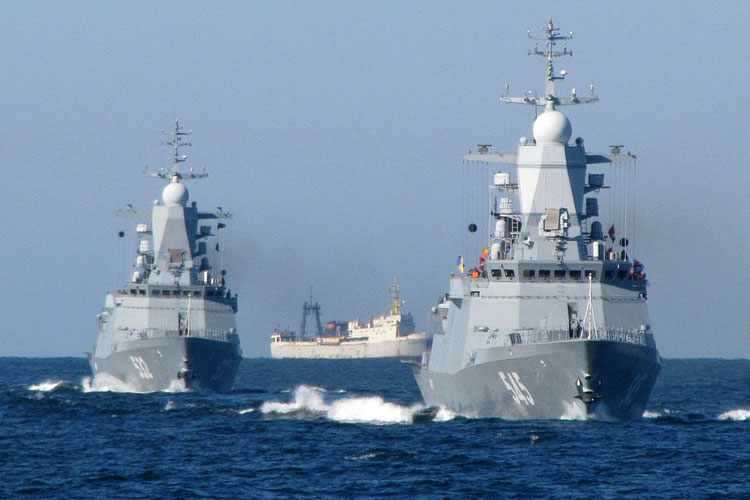 Russia yesterday announced that her Baltic Fleet will participate in over ten long-distance exercises in the Mediterranean, Atlantic and Indian Oceans.

Press Release, 10 January 2020: In the new year 2020, the Baltic Fleet will face new large-scale tasks. Thus, more than ten long-distance trips to the Mediterranean, Atlantic and Indian oceans are planned, as well as the participation of surface ships and vessels in inter-fleet and international exercises.

This year, the Baltic Fleet will form another motorised infantry unit with a location in the Kaliningrad region. Work will continue on re-equipment, modernisation of existing equipment and the arrival of new ones. For example, the next small rocket ship of the Project 22800 Karakurt should enter the combat service of the Fleet. Sailors will continue to participate in the Army international games, in providing state tests of ships being built and repaired for the Russian Navy.

Currently there are five ships and vessels of the Baltic Fleet far from their native shores: the patrol ship Yaroslav Mudryi, the floating workshop PM-82, the sea tug Viktor Konetsky and the tanker Yelnya – perform the tasks of combat service as part of a permanent task force of Russian Navy ships in the Mediterranean sea. The oceanographic research vessel Admiral Vladimirsky left Kronstadt at the beginning of December last year to participate in a round-the-world expedition of the Russian Navy.

2020, Exercises, Featured, Russia, Russian Navy
You may also like