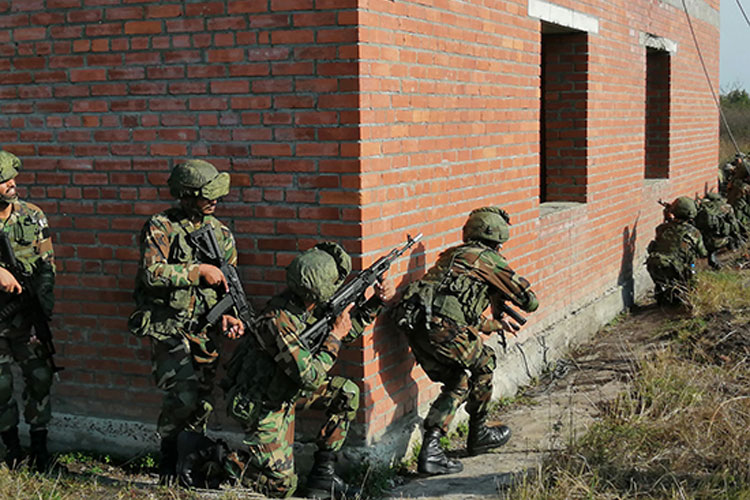 Pakistan Special Forces on Exercise FRIENDSHIP 2019 in the Krasnodar region of Southwest Russia have stormed a building and freed the hostages.

Press Release, 08 October 2019: Special Forces unit of the armed forces of the Islamic Republic of Pakistan, during FRIENDSHIP 2019 joint exercise with the Russian Defence Ministry Special Forces, released hostages who were captured by mock terrorists.

After the reconnaissance actions, the unit commander decided to storm the building, release the hostages and evacuate them to a safe place. Under the cover of sniper units, the groups advanced to the designated area, surrounded the facility and captured the building. After the mock hostages were taken to a safe place, the Special Forces began to completely clean the building.

Troops from the two countries exchange experience in combat training missions in highlands as well as in fighting against illegal armed gangs. The exercises is held at Molkino training ground in Krasnodar region. The closing ceremony of the exercise with the implementation of joint actions will be held on October 11.