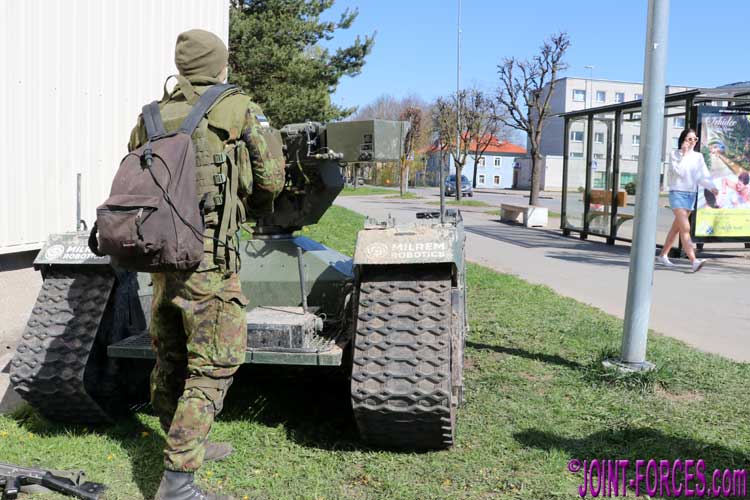 Yellow Force planned to capture Jõhvi on Thursday 10th May but, as all switched-on readers of this website should know, no plan survives first contact with the enemy, reports Bob Morrison.

Unfamiliar with the, mostly forested, terrain their troops were passing through the Yellow Force commanders (primarily Latvia-based Canadians from eFP BG LAT and Lithuanians) were ultra-cautious with their advance. The Estonian Blue Force troops defending Jõhvi, on the other hand, know this area well as do the Estonia-based Belgian and British troops from eFP BG EST who were blocking Yellow Force probes from the south-east and south. As dusk fell the city of Jõhvi was still under Blue Force control and the attackers were rethinking their options. Today, however, will no doubt be a different story as blue skies gave way to rain overnight.

Postscript: Yesterday, 9th May, was Victory Day in Russia and in a restaurant in Jõhvi last night I met two Estonian Russian veterans of the 1980s Afghanistan War who were remembering fallen colleagues. One of the guys, who spoke good English, served three years as a combat medic. Naturally, I joined them in raising a glass to old soldier friends of all nationalities who are no longer with us.