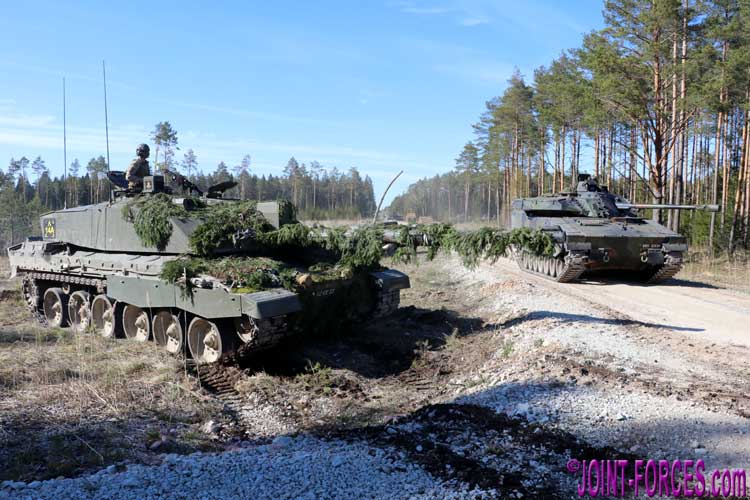 We joined the action as the morning mist burned off and a combined formation of Yellow Force troops – primarily from Latvia and Lithuania with Spanish combat engineers in support – pushed their way north against Blue Force troops from Estonia supported by British and Belgian armour. Our primary mission this week is to get into the field early and leave late to ensure we photograph as much of the action for you as possible and also document the vehicles and equipment being used. We will return to KEVADTORM 2019 with a ‘big picture’ feature in the not too distant future, but in the meantime here are a handful of photos from today’s action to hopefully whet you appetite.