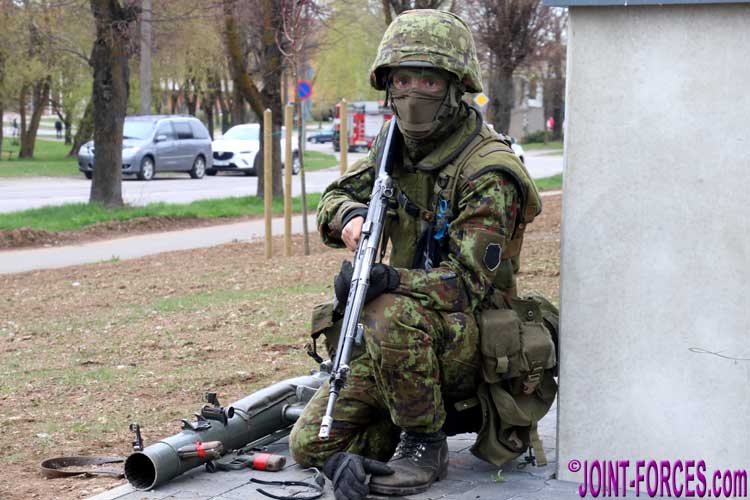 Late Sunday afternoon Estonian combat engineers could be spotted preparing defences along main lines of communication as fears grew that enemy forces were about to mount a major overnight advance. Hastily deployed Land Forces (Maavägi) troops from the 2nd Infantry Brigade could be seen taking up positions at road junctions and key points and the NATO eFP (enhanced Forward Presence) Battle Group (BG EST) moved up to support them. We will try to update our readers again tomorrow night or Tuesday morning.