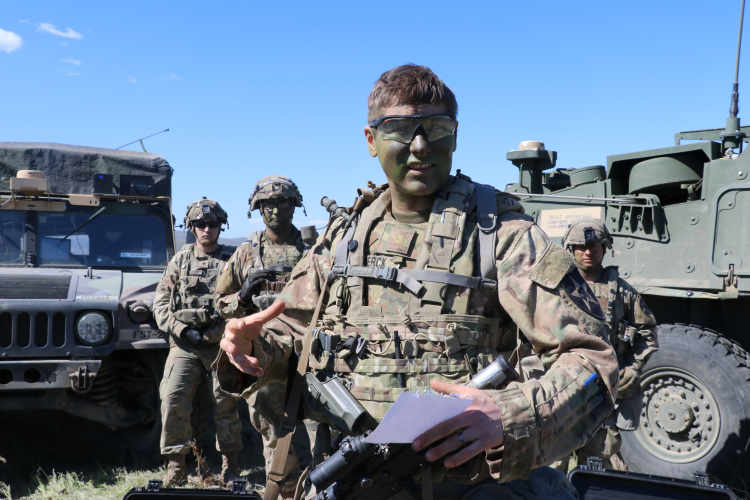 Joint Warfighting Assessment (JWA 2019) is the US Army’s premier modernisation and interoperability exercise and the Army’s annual live experimentation venue for Multi-Domain Operations.

At the Yakima Training Center, about 100 miles east of Seattle across the Cascade Mountains, soldiers from the 2nd Brigade of the 2nd Infantry Division are assessing almost 30 concepts and capabilities in a tough and realistic operational environment (BAYONET FOCUS) for another week. Unfortunately JWA 2019 overlaps both a major NATO exercise in the Baltic States and a large German Army exercise so we were only able to make a brief visit to Yakima, but during our day with 2-2 Stryker Brigade Combat Team and their OpFor (Opposition Forces) adversaries we were briefed on both the Sensor Enable Scout Platoon (SESP) and Remote Breach Clearing capabilities as well as discussing various Next Generation Combat Vehicle-Unmanned Systems projects with Subject Matter Experts from Joint Modernization Command.

Once our current operational tempo eases off and we have cleared a logjam of features, we will update readers in more detail.