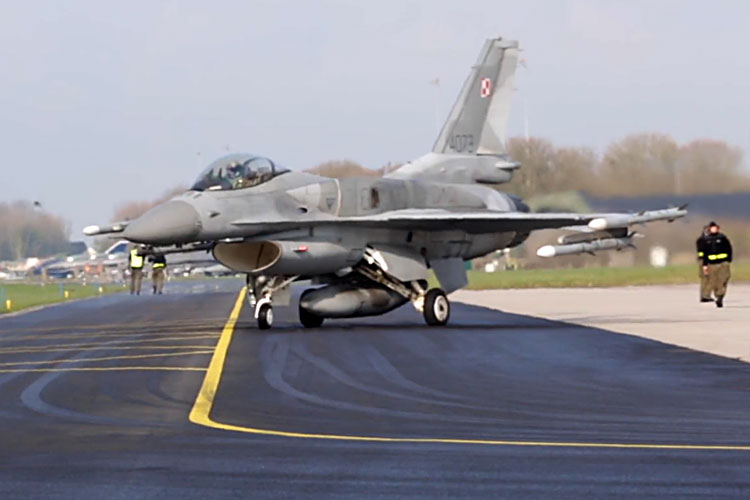 NATO fighter jets are taking part in a large-scale airpower exercise hosted by the Netherlands. FRISIAN FLAG 2019, as it’s known, involves over 50 aircraft and fighter aircraft from six NATO Allies and a partner nation.

The main goal of the exercise is to train joint and combined air operations in a broad spectrum of scenarios. Participating countries include NATO members France, Germany, the Netherlands, Poland, the United Kingdom and the United States, as well as NATO partner country Switzerland. The Airborne Warning and Control System (AWACS) surveillance aircraft, a NATO asset, is also participating. The exercise runs from 1 until 12 April.

This NATO-supplied footage includes shots of fighter aircraft on the ground and airborne, soundbites from Colonel Arnoud Stallmann, Commander of Leeuwarden Air Base, and French fighter pilot Captain Yohan. [English translation: “The thing I love the most about this jet is that you can fly low. Especially here with this exercise, we have the possibility to fly right above the water, and this is something that is really extraordinary with this jet. It is very easy to fly in these conditions and it’s in these contexts that we feel the most like real jet pilots.”]

Airpower, Featured, FRISIAN FLAG, NATO, Netherlands
You may also like