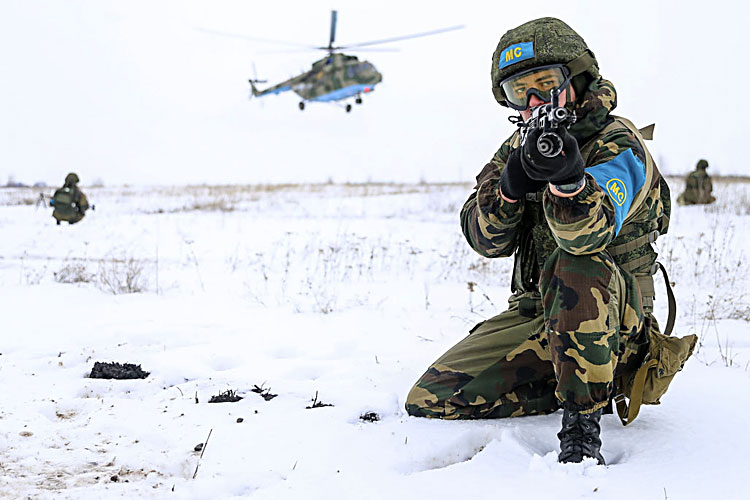 A joint peacekeeping exercise involving the Russian Airborne Troops and Special Operations Forces of the Armed Forces of the Republic of Belarus has officially closed in Ulyanovsk.

Press Release, 29 March 2019: The exercise was held in accordance with the cooperation plan between the Ministry of Defence of the Russian Federation and the military department of the Republic of Belarus.

In the course of joint actions, the paratroopers mastered the specifics of organisation and functioning of checkpoints, observation posts, and also trained to perform practical actions to repel an attack of armed groups on the guarded object.

In total, more than 500 personnel took part in joint exercises, as well as up to 100 pieces of military and special hardware, and about 20 helicopters.

As the exercise closed Lieutenant General Alexander Vyaznikov, Deputy Commander of the Airborne Troops for peacekeeping operations and the Collective Rapid Reaction Forces, who supervised the exercise, noted that friendship between Russia and the Republic of Belarus is a guarantee of strengthening the defences of our countries and the peaceful coexistence of our peoples.