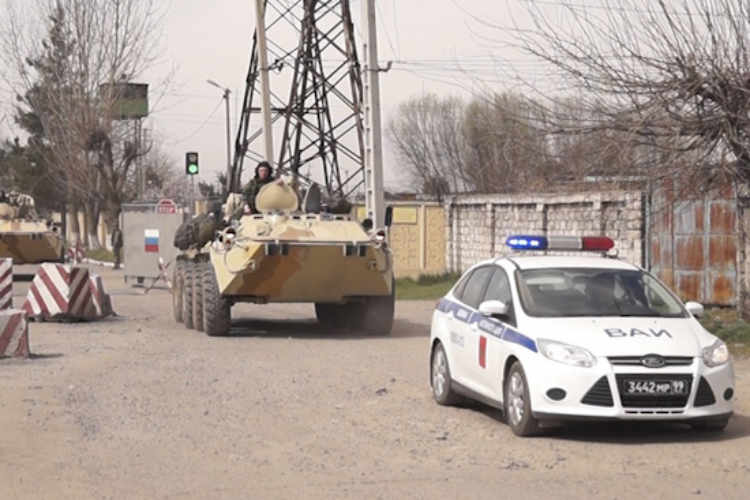 Press Release, 19 March 2019: The units of the 201st Russian military base and the Armed Forces of the Republic of Tajikistan marched to the Lyaur training ground, where they will take part in a joint exercise with live firing.

During the exercise, servicemen of two countries will practice the interaction in a single tactical situation, repelling the attack of a mock enemy, blocking and eliminating it. Motorised rifle support will be provided by Grad multiple rocket launchers. In total, during the event, which will last until March 22, about 700 Russian servicemen and 150 servicemen of the Republic of Tajikistan will take part, as well as more than 150 units of weapons and military equipment.

The 201st Russian military base stationed in Tajikistan is the Russia’s largest military formation outside its borders. It is located in two cities – Dushanbe and Bokhtar. According to the Agreement the base shall station in Tajikistan until 2042.