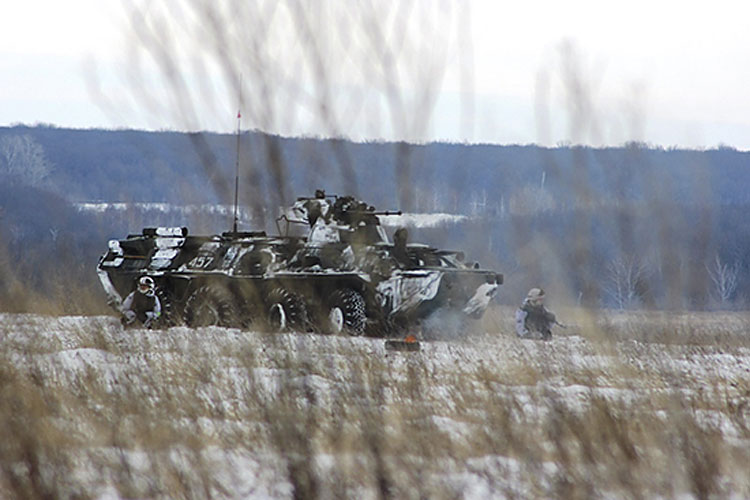 Press Release, 11 January 2019: Motorised rifle units of the Central Military District stationed near Novosibirsk [in Siberia] trained to eliminate mock subversive groups penetrated into a military base and fleet of combat vehicles.

According to the scenario, anti-terror units were alerted and moved to the military facilities seized by mock militants. Covered by armoured vehicles the troops isolated and eliminated mock terrorists, and also trained to restore communication with the higher headquarters. Besides, the military jointly with a fire brigade of Russian EMERCOM practised to extinguish fire at the fleet of the combat vehicles.

Over 500 servicemen and 50 pieces of hardware were involved in the drills.