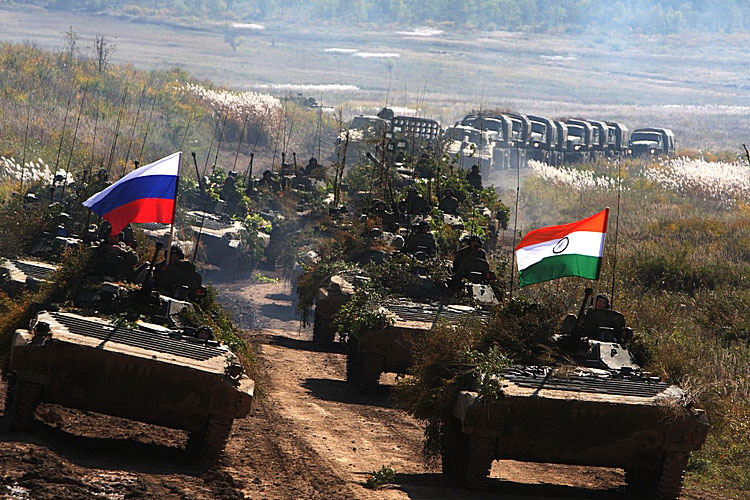 It was today announced that Land Forces of the Russian Armed Forces will conduct seven bilateral exercises with foreign colleagues during 2019.

Press Release, 02 January 2019: In 2019, within international military cooperation, the units of the Land Forces of the Russian Armed Forces will take part in seven joint exercises with colleagues from foreign countries. The manoeuvres will be peacekeeping-oriented. Also, during the manoeuvres, they will practice fighting illegal armed formations.

According to the plan of international military cooperation for 2019, the units of the Land Forces will have to demonstrate their skills in Egypt, India, Mongolia and Tajikistan, where they will take part in the FRIENDSHIP ARROW 2019, INDRA 2019, SELENGA 2019 and UNBREAKABLE BROTHERHOOD 2019 exercises. Joint exercises with the Land Forces of the Lao People’s Democratic Republic will be held for the first time.

At the same time, the units of the [Russian] Southern Military District will host servicemen from Algerian People’s Democratic Republic and Islamic Republic of Pakistan at their training grounds. Participants will practice joint planning of peacekeeping operation, cooperation of headquarters and units of the both countries, as well as tactical actions to eliminate mock illegal armed gangs.