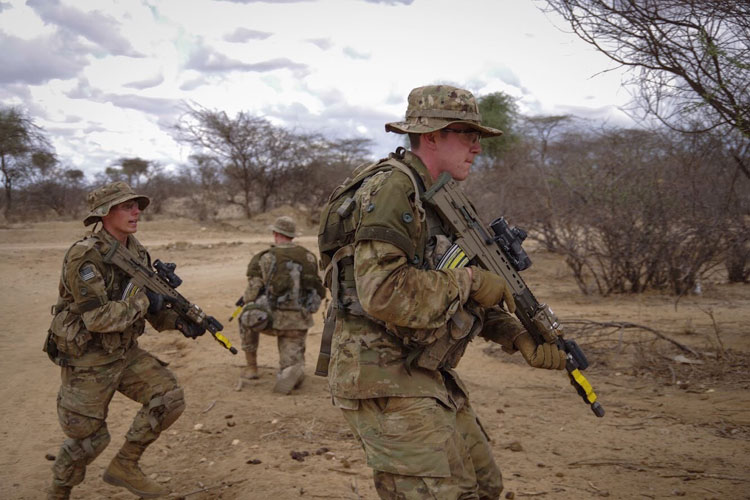 US Airborne personnel have recently conducted multinational training with their British counterparts on Exercise ASKARI STORM in Kenya. British paratroopers from 12 (Minden) Air Assault Battery, 12th Regiment RA provide a block of instruction on the use and employment of the Starstreak High Velocity Missile [US Army: Spc. John Lytle]

Troops then undertook a series of tactical scenarios designed to test the US and UK Paratroopers’ ability to integrate their formations and coordinate tactical operations while facing a simulated near-peer threat. The Paras also conducted day and night live fire exercises with the focus on increasing their readiness and interoperability in tough and realistic scenarios. Paratroopers from 1st Bn, 508th PIR scan for a simulated enemy during Operation ASKARI STORM, a multinational training exercise in Kenya between US, UK and other partner-nation forces [US Army: Spc. John Lytle] US Paratroopers provide emergency medical care to a simulated casualty during a live-fire exercise alongside British Paratroopers in Kenya as part of Operation ASKARI STORM [US Army: Spc. John Lytle]