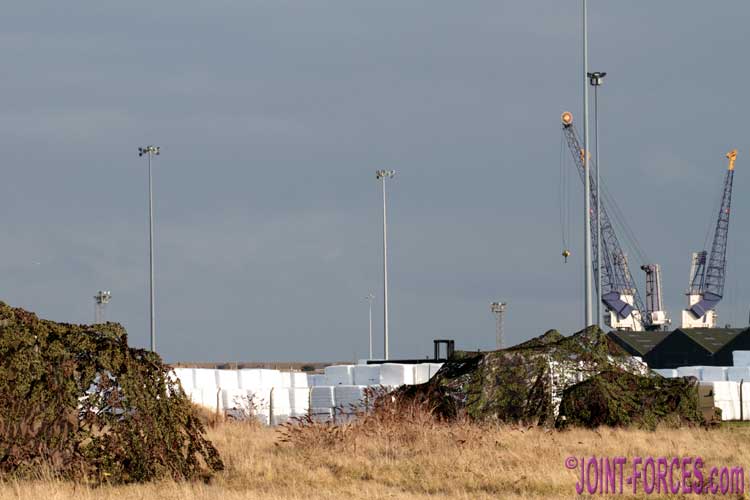 A large logistics exercise which has been running on the roads and with private companies in the North of England and Southern Scotland is drawing to a close, writes Bob Morrison.

Exercise IRON PYTHON 18 is being run by 101 Logistic Brigade, the ‘Iron Vipers’, and has been testing all elements of Combat Service Support, including equipment support, medical support and policing, in support of the UK’s warfighting division.

Today [27th] 4 Regiment Royal Logistic Corps (4 Regt RLC) deployed to the Port of Hartlepool along with a Royal Electrical and Mechanical Engineering Squadron and a Medical Squadron to embrace operating in an urban environment as the exercise comes to an end. JOINT-FORCES.com joined them inside the port complex today and then crossed the Tees to a disused industrial complex where one of the Close Support Squadrons has been operating from in support of widely dispersed infantry and rotary aviation formations.

We plan to bring readers a fuller report in a few days time once all military units have withdrawn from the civilian sites loaned to allow the exercise to be run in more realistic surroundings than the usual military training areas.