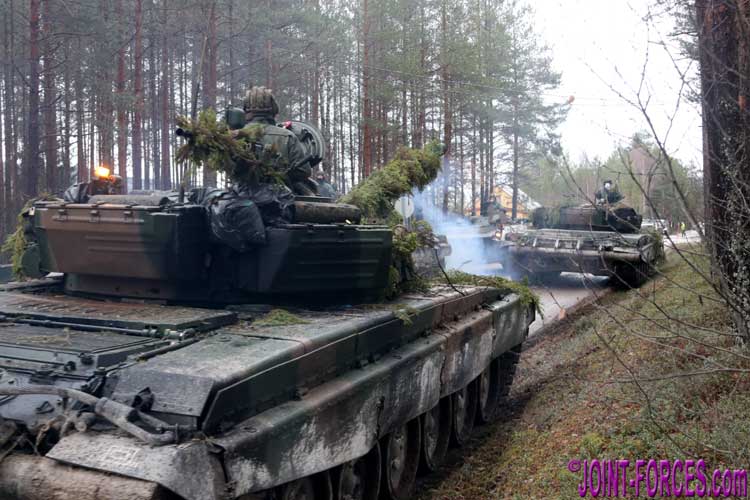 The end of the live exercise (LIVEX) portion, with thousands of troops involved, of NATO’s largest exercise since the Cold War was commemorated in Norway yesterday.

NATO Press Release, 18:00Z, 07 October 2018: During a concluding event at Værnes airport this morning [7th], both Admiral James G. Foggo, commander of Allied Joint Force Command Naples and Admiral Haakon Bruun-Hanssen, Chief of Defence of Norway, praised the exceptional performance of the troops and the personnel that made the exercise a success.

“You’ve heard the statistics but I can’t help repeating them because they’re so impressive. Fifty thousand of you: soldiers, sailors, airmen and marines. Almost 70 ships, 250 aircraft, 2,100 containers offloaded from about 250 cargo ships that came in here, unbelievable,” said Admiral Foggo. “I just wanted to come here and thank each and every one of you for your efforts, for your stellar performance, for your dedication to the Alliance and the security of all our great nations that made up the NATO alliance for the last 70-years,” he continued.

Admiral Bruun-Hanssen highlighted the professionalism of all participants and the positive impact the exercise had on Norway. “Today, […] the Norwegian population is more positive towards allied training in Norway, than prior to the exercise. I believe that this has very much to do with your professionalism as soldiers, proven to the public during TRIDENT JUNCTURE,” he said.

With around 50,000 participants, 250 aircraft, 65 ships and up to 10,000 vehicles from 31 nations, NATO’s exercise TRIDENT JUNCTURE 18 is NATO’s largest high visibility exercise in decades, with Norway and Iceland serving as host nations. Over 20,000 land forces, 24,000 navy personnel, including US Marines, 3,500 air personnel, around 1,000 logistics specialists and 1,300 personnel from a range of NATO commands have participated in the live portion of the exercise.

TRIDENT JUNCTURE 18 is designed to ensure that NATO forces are trained and ready. It has been an important test, and a tremendous display of NATO’s collective capabilities. A command post portion of the exercise begins November 14 and will run until November 23; primarily in Naples, Italy. Although not NATO members, both Sweden (here) and Finland participated as Partner Nations [©BM]