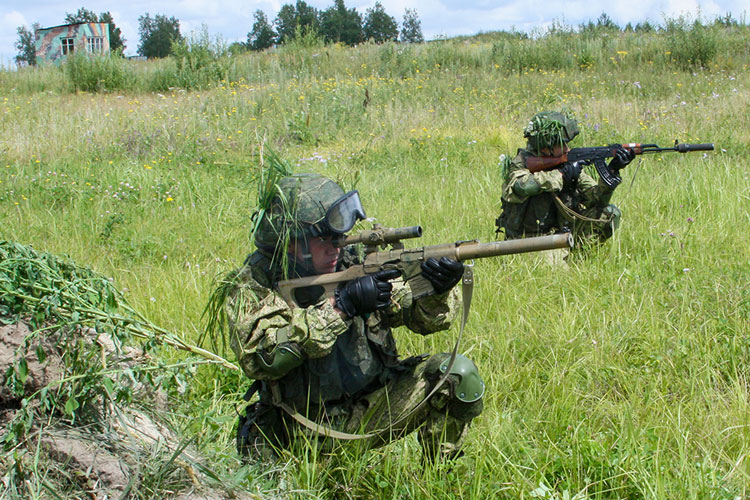 Reconnaissance units of Russia’s Western Military District have held a number of special exercises to operate behind the enemy’s lines.

When fulfilling special tasks, scouts carried out raids dismounted and by armoured vehicles at a range of 5 – 40 km to the areas behind the enemy’s lines. Most groups operated independently for several days and got their next tasks in documents they capture or in caches they find. Military police and security forces countered scouts at facilities, where reconnaissance groups sabotaged.