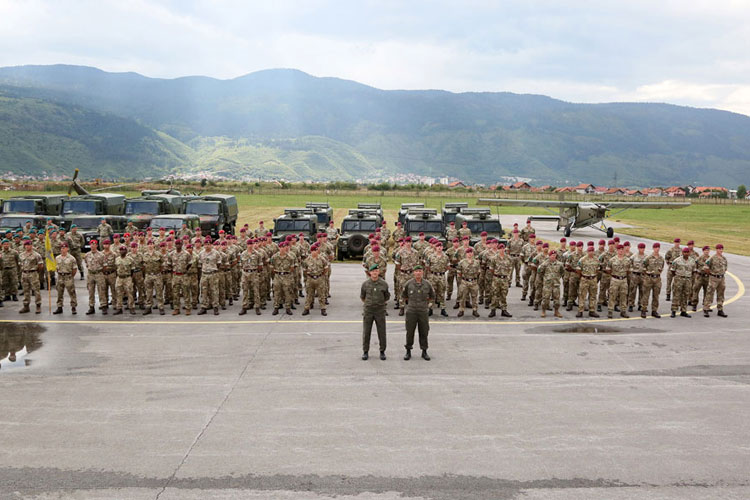 EUFOR Press Release, 3rd September 2018: Monday saw the opening ceremony of Exercise QUICK RESPONSE 2018. COMEUFOR [Commander, European Union Force] was joined by the BiH [Bosnia and Herzegovina] Minister for Defence Mrs Marina Pendeš and Minister for Transport and Communication Mr Ismir Jusko as well as distinguished guests from the Armed Forces of BiH, Law Enforcement Agencies and Defence Attachés from a number of Embassies in Sarajevo.

COMEUFOR praised the soldiers efforts so far and reminded the guests how this is a truly international effort. “I want to especially welcome the units on parade which are not normally part of EUFOR – LEA, AFBiH, Charlie Coy 3 Parachute Regiment from the United Kingdom and NATO’s Force Tactical Reserve from Kosovo along with troops from the 25th Infantry Battalion of Austria, Bulgaria, Romania, Italy and Hungary who joined us specifically for this exercise.”

Minister Pendeš spoke of her hope for a successful and integrated exercise when she said: “I expect that the mutual co-operation between police agencies in BiH, institutions of defence and the Armed Forces of BiH will result in an overview of the capabilities of defence and security institutions in order to be able to jointly respond to the current security challenges together with the colleagues and partners from EUFOR.”

Major General Dorfer finished by wishing the soldiers good luck for the exercise and to remind them to most of all respect the citizens of BiH and their environment. “I wish all exercise participants a successful and safe exercise under the common motto ‘One Mission-One Team’.”

Footnote: UK troops deploying on Operation ALTHEA / ELGIN, the EUFOR mission to Bosnia and Herzegovina which succeeded IFOR and SFOR, use the CAV 100 (Snatch) variant of the Land Rover Defender 110. This vehicle was first deployed to Bosnia in 1993 as part of Britain’s peacekeeping mission in war-torn Yugoslavia. The vehicles used by 3 PARA on QUICK RESPONSE 2018 were flown into Sarajevo in late August by Antonov 124.
Share 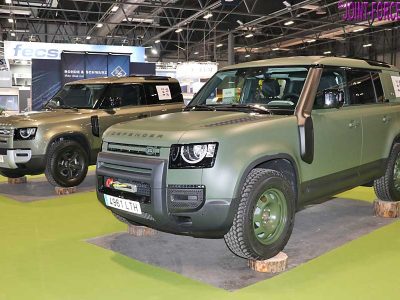 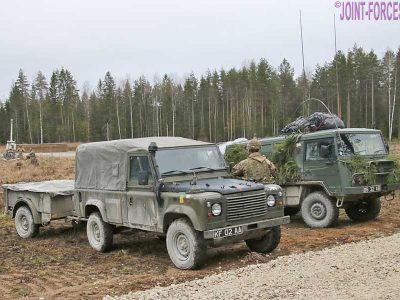 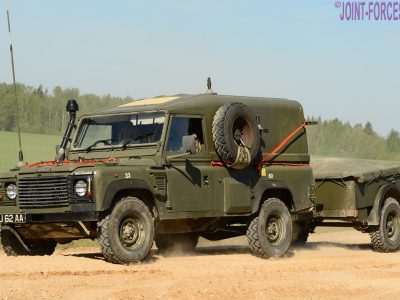 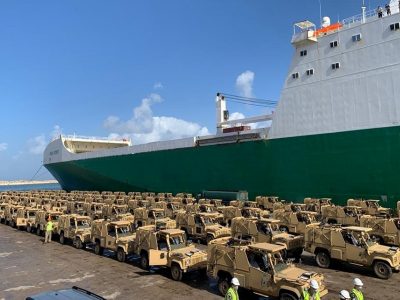