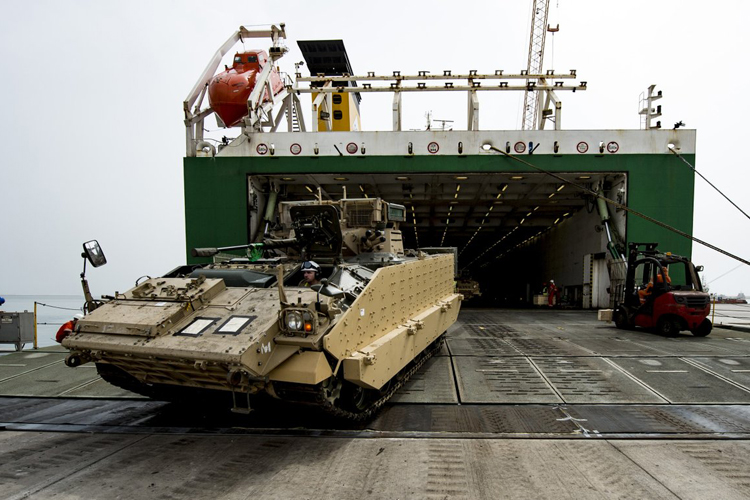 The British Army has today announced that more than 200 vehicles have arrived in the Sultanate of Oman to participate in Exercise SAIF SAREEA (SWIFT SWORD) III in the autumn.

According to the official British Army internet post, which was accompanied by the three images on this page, more than 200 vehicles, including Warrior and Scimitar, made landfall in Oman ahead of Exercise SAIF SAREEA 3, which will see British Armed Forces personnel from all three services work together with the Omani military. Last week it was announced by the Royal Navy that Royal Marines aboard HMS Albion, currently deployed in the Far East, will spearhead the exercise.

UK Forces have worked together with Omani troops on two previous SAIF SAREEA exercises, in November 1986, when almost 5,000 British personnel took part, and in October 2001, when 22,500 participated. A number of major problems with equipment and kit were experienced on SAIF SAREEA II but the positive side to the exercise was that many of these were rectified following what was effectively a realistic shake-down prior to the 2003 invasion of Iraq.

Footnote: In mid-July, to try to ensure we can provide independent coverage of SAIF SAREEA III, which is just one of a number of near simultaneous events scheduled for the October/November period, JOINT-FORCES.com formally requested details of what, if any, Media Facilities UK MoD intends laying on for these major manoeuvres.