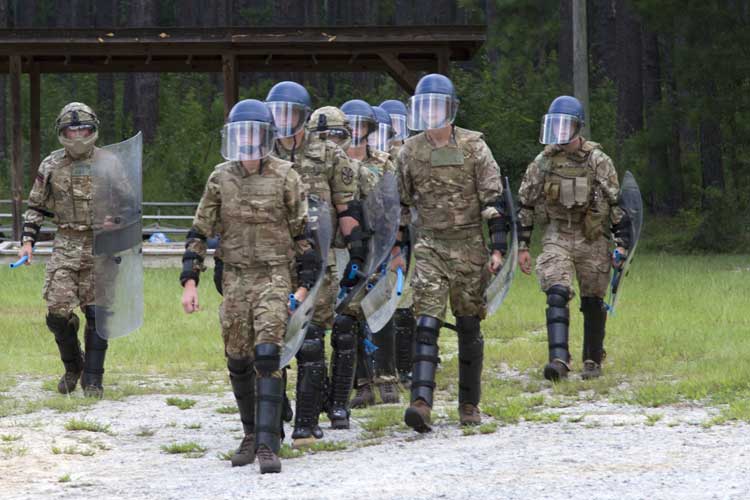 Exercise STEPPE EAGLE is a premier multinational exercise focusing on stability operations. This is an annual, multi-national exercise conducted between US Army Central, Kazakhstan’s KAZBAT
Peacekeeping Battalion, and the United Kingdom Armed Forces.

A corporal from 1 RIFLES describes the proper technique to approach and test a closed door to KAZBAT soldiers [US Army: Spc Nicholas Moyte]

A lieutenant and serjeant from 1 RIFLES demonstrate how to move across an alley to a KAZBAT audience [US Army: Spc Nicholas Moyte]

STEPPE EAGLE is an opportunity for USARCENT to host the intra-theatre activities with allies and partners to support the role of the ARNG State Partnership Programme. The exercise promotes common cultural and operational understanding, as well as the exchange of ideas and best practices.

The Exercise STEPPE EAGLE series will continue to: USARCENT-executed exercises serve to improve US and partner interoperability by facilitating over 250 exercise participants the opportunity to engage and build relationships at the staff-level, across the tactical environment. Exercise STEPPE EAGLE incorporates a broad range of multi-service and multi-component participants and actively supports the US Army National Guard’s State Partnership Programme.