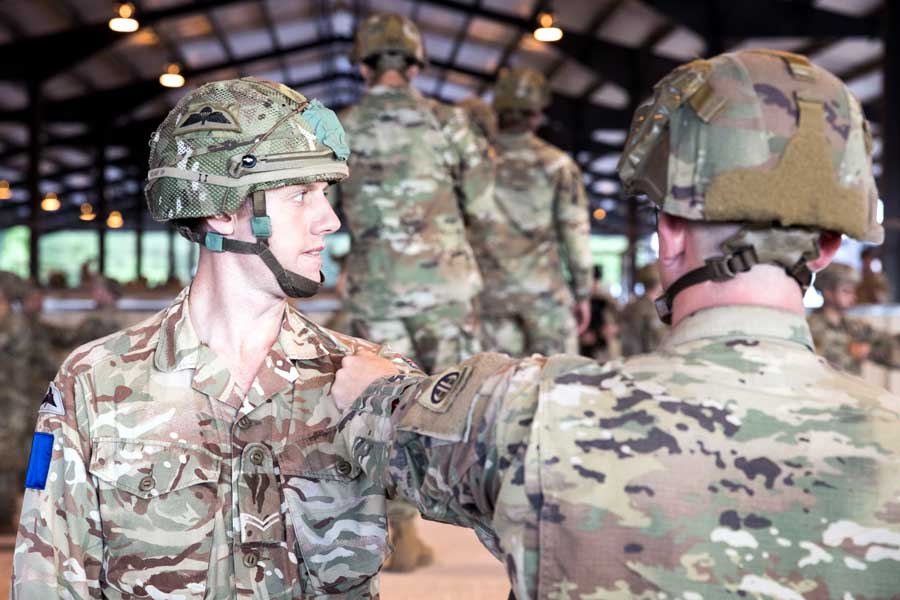 A combination of severe weather and peacetime safety constraints delayed the initial parachute insertion of US and UK airborne personnel operating out of North Carolina which was originally scheduled to take place late on Thursday. The first of three planned parachute drops, stretching from the Baltic Nations to the Balkans Peninsula, all linked into the DEFENDER-Europe 21 exercise deployment, is now rescheduled for around midnight Friday 8th; subject, of course, to conditions over the drop zone at the time. The two photographs on this page from Fort Bragg were taken Thursday early afternoon, North Carolina time, as the Paras conducted pre-embarkation drills.

As the UK Met Office is predicting overcast skies tonight and we do not have the equipment to capture imagery at night without clear moonlit skies, but our friends on the NATO Multimedia team do and are planning to be on the DZ for the drop, we will most likely rejoin this exercise during daylight hours tomorrow and let cameraman Jake do the hard work under challenging conditions.