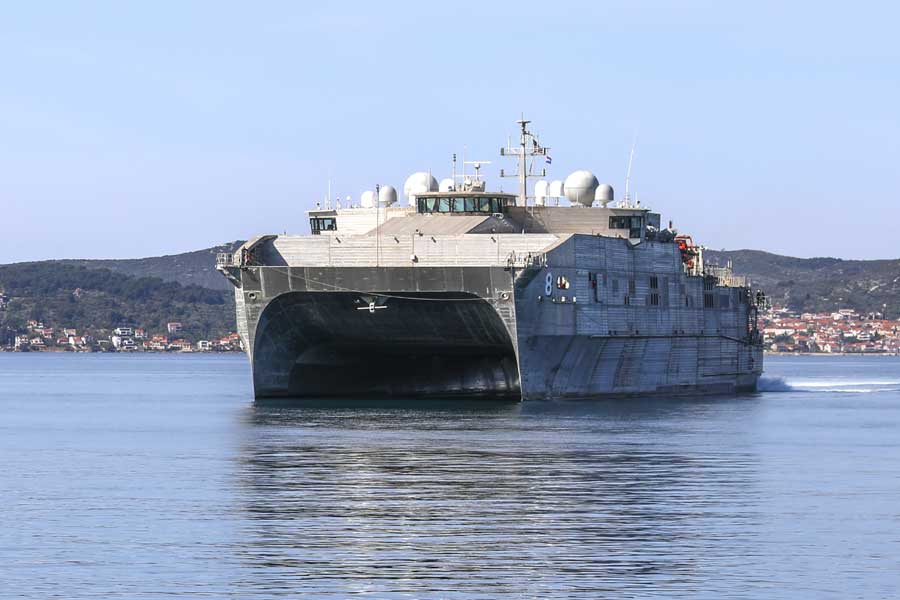 The DEFENDER-Europe (DEF21) deployment continues to expand from the Baltic to the Balkans with US equipment now also going into Croatia.

Yesterday, Monday 03 May, USNS Yuma arrived at the port of Gazenica in Zadar, Croatia, from Durres in Albania, containing more than 40 pieces of military equipment as part of DEFENDER-Europe 21. The ability to rapidly surge combat-ready forces into and across the theatre enables the US to project forces at a moment’s notice to support the Alliance.

This year more than 28,000 multinational forces from 27 nations will conduct nearly simultaneous operations across more than 30 training areas in more than a dozen countries from The Baltics to the strategically important Balkans and Black Sea Region.