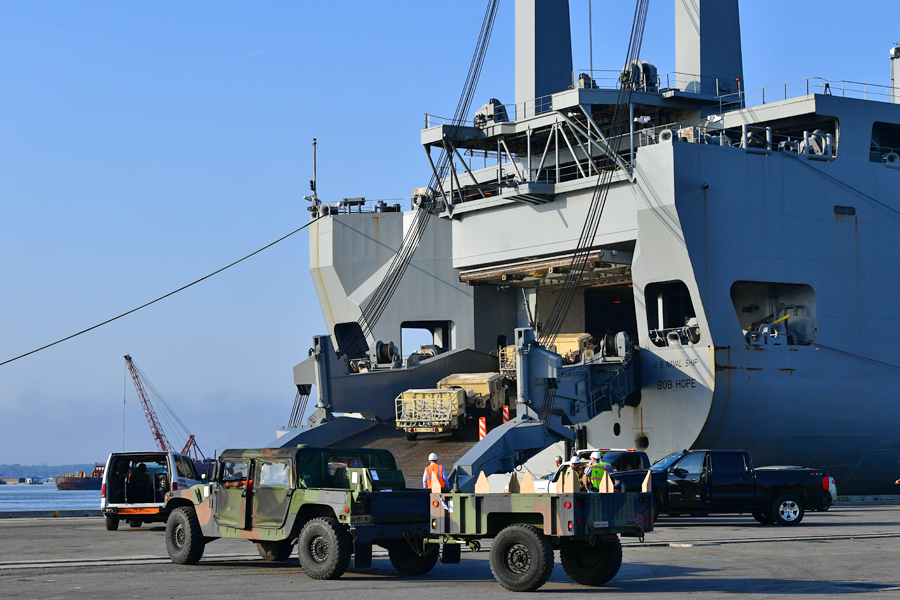 Stevedores drive military vehicles onto the USNS Bob Hope at the Port of Jacksonville in Florida, 25 March 2021 [US Army: Kimberly Spinner]

The Military Sealift Command vessel USNS Bob Hope arrived in the Port of Jacksonville in Florida on 24 March in support of DEFENDER-Europe 21.

USNS Bob Hope, lead ship of its class and sister vessel to the USNS Benavidez which we photographed in Vlissingen last March, is the first ship to load in support of the forthcoming DEFENDER-Europe 21 (DEF21) deployment.

The US Military Surface Deployment and Distribution Command has been moving 750 pieces of cargo through Jacksonville Port over the last few days with the support of its Total Force team of Reserve, National Guard and commercial partners. This equipment is bound for the DEFENDER-Europe 21 linked Exercise IMMEDIATE RESPONSE.