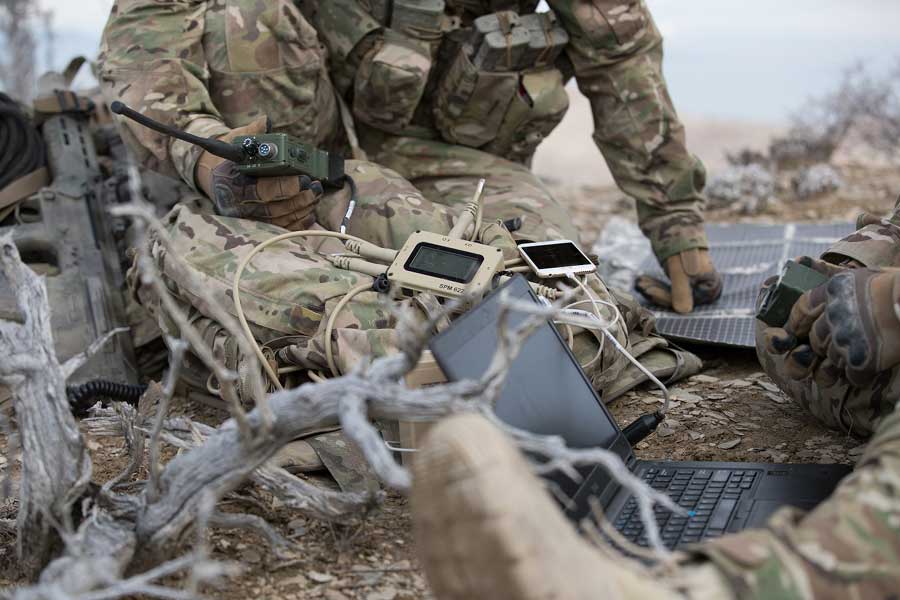 Galvion is to supply the US Marine Corps with Squad Power Manager (SPM) ~ the USMC designation is P2S2 (Portable Power Scavenger System).

Press Release, Vermont, 01 December 2022: Galvion, a world leader in the design and manufacture of military power and data management solutions is pleased to announce that it has received a major order from the United States Marine Corps (USMC) for its Squad Power Manager (SPM). The order, valued at USD $11 million, placed by the Power Team within Marine Corps System Command’s Logistics Combat Element Systems will supply SPM systems to each Marine Expeditionary Force (MEF) within the Marine Corps, including Reserve Forces. The Squad Power Manager (SPM) is a core element of Galvion’s Nerv Centr Active Systems range, which provides scalable power and data solutions to the dismounted operator. Deliveries will start in January 2023.

The SPM system requires no special configuration or programming, converting and managing power as efficiently as possible depending on power sources and equipment needs. This allows teams to minimise weight and logistic burden by carrying fewer batteries, while increasing operational efficiency through active monitoring and management of power usage.

Kristen Lomastro, President of Active Systems, said: “We are proud to see our SPM kits being adopted by the Marine Corps. With customised SPM kits already in use across all US DoD branches, including the US Army, Navy, Air Force, and SOCOM, this compact, intelligent power manager continues to deliver meaningful capability improvements that reduce the physical, cognitive and logistical burden on our warfighters. By providing the very best technical and engineering solutions possible, we help to increase their agility, lethality and survivability, and continue in our mission to protect and support those who protect us.”