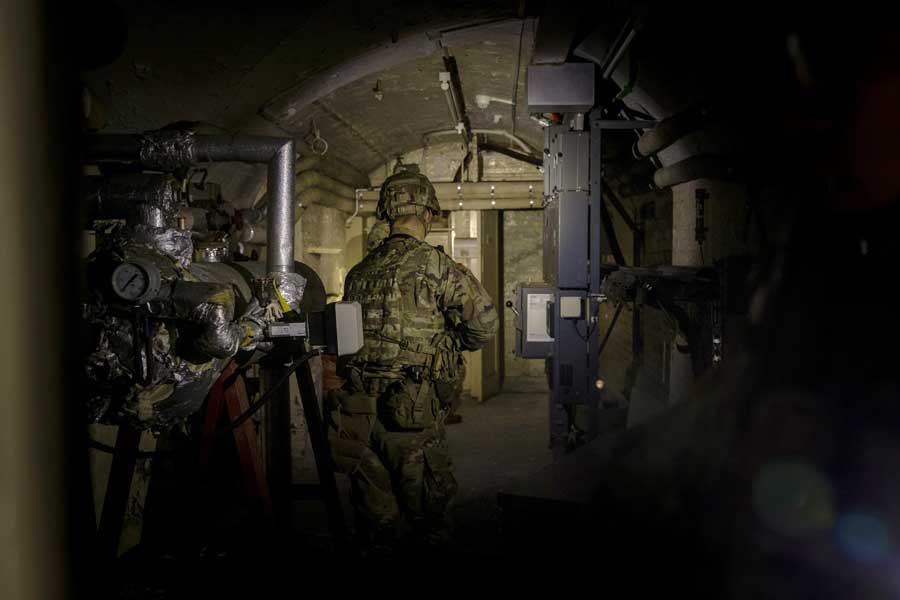 Press Release, Portsmouth, 30 November 2022: As part of the Army Warfighting Experiment (AWE), ground troops of the British Army conducted a set of rigorous trials with the FOOTPRINT system through varying scenarios. The system proved its ability to allow soldiers to navigate and self-position in situations where they are unable to rely on traditional GPS capabilities.

As part of AWE and under The Defence Science and Technology Laboratory (DSTL) and the Future Capability Group, the British soldiers tested RAFAEL’s FOOTPRINT system in scenarios simulating modern mission requirements, including between and inside buildings, down into basements as well as in open areas. As part of the trial, FOOTPRINT was connected to the Civ-TAK (Civilian Team Awareness Kit) system which allows the soldiers to stand in a variety of sites and conduct operational tasks whilst activated. As a result of the successful testing, commanders were able to obtain an accurate picture of the exact location of each and every troop with a detailed understanding of the operational situation.

FOOTPRINT is a navigation system designed for dismounted soldiers that enables highly accurate, fully reliable, and continuous real-time, self-positioning information in GPS-denied environments. The system can be integrated together with any existing communication system and includes an extremely efficient SWAP (Size Weight and Power) form factor that includes multiple types of measurement units which all feed data into the system algorithms. FOOTPRINT utilises RAFAEL’s algorithms and data fusion from multiple sensors, to provide accurate 3D location for the soldier which allows for optimal situational awareness and orientation even in the most complex settings.

Earlier this year, the FOOTPRINT navigation system was selected by the Israel Defense Forces (IDF) for its ground soldiers. For the IDF, FOOTPRINT will be integrated into the existing Battle Management System (BMS) and soldier communication system to allow the ability to disseminate the soldier’s location to higher command.

Shmuel Olansky, Head of Multi-Domain Warfare Directorate at RAFAEL: “We are proud to see how UK soldiers could use FOOTPRINT to complete their mission and demonstrate precisely how this solution provides a crucial edge in the modern battlespace. FOOTPRINT will allow higher command to better direct its troops and help prevent cases of friendly fire in a complex space. We thank the British Army for hosting our delegation and demonstrating our system’s practical applications.”