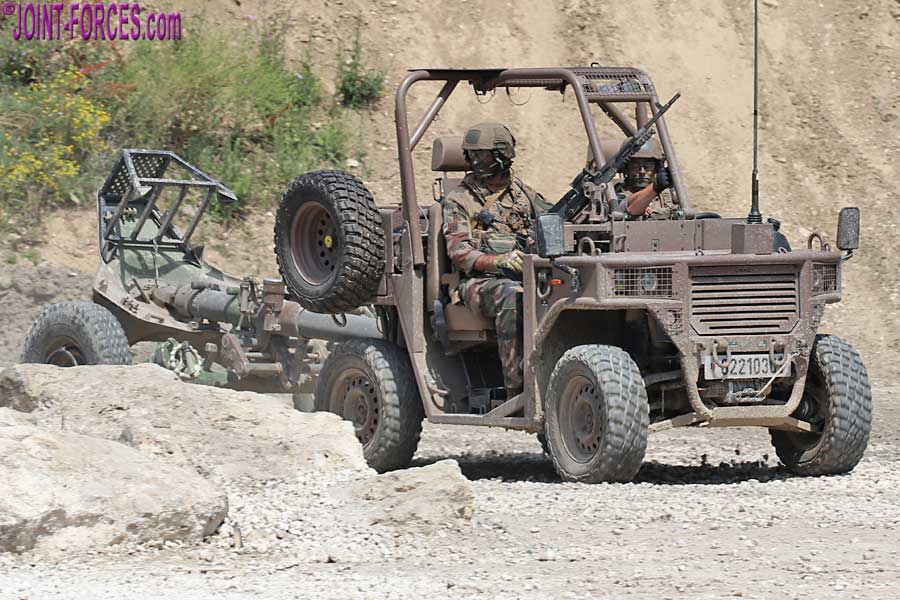 The French DGA (Directorate General of Armaments) has ordered the last 180 of 300 Fardier vehicles and 100 trailers from UNAC.

Press Release, Paris, 22 September 2022: [auto-translated] The General Directorate of Armaments (DGA) notified the company UNAC on August 30, 2022 of the order of the last 180 Fardier vehicles out of the 300 provided for by the military programming law 2019-2025, and the last 100 trailers out of the 172 also planned. Worth a total of 44 million Euros, the contract for the flatbed trucks and their trailers also includes 10 years of support from the manufacturer.

Intended for Army airborne troops and Special Forces, the Fardier is a small air-transportable, air-droppable and heliportable all-terrain transport vehicle. It makes it possible to deploy commandos quickly, to lighten the dismounted combatant in any zone, and to facilitate the self-defence of the deployment zones. The first 2 Fardiers were delivered to the Army on April 19, 2022. They will be used during MANTICORE, a joint exercise with the Land Special Forces Command, the 11th Parachute Brigade and the 4th Aerocombat Brigade, which takes place from September 16 to October 7. Eight Fardiers are scheduled to be delivered this year. Deliveries will continue until 2027.

The Fardier can be embarked on board a military transport plane (C130 Hercules and A400M Atlas), parachuted (from C130 Hercules and A400M Atlas) and transported by helicopter under sling (Caracal and NH90). Thanks to this vehicle, the commandos can be dropped or deposited at a safe distance and then move quickly with their equipment towards their objectives. Thus lightened, these fighters who carry around 50kg on their backs, gain in agility and increase their range of action.

A light all-terrain compact vehicle of 2 tonnes, the Fardier has a high capacity of crossing as well as displacement on grounds inaccessible to the traditional 4×4. Robust and reliable, it was designed without any electronic system to avoid any non-repairable breakdown in operation. It is capable of towing a 120mm mortar or transporting several large pieces of equipment using its trailer that can carry a load of up to 400kg. It also makes it possible to quickly evacuate a casualty lying down towards a place of care.

The Fardier market represents 250 jobs, direct and indirect, at UNAC and its subcontractors.