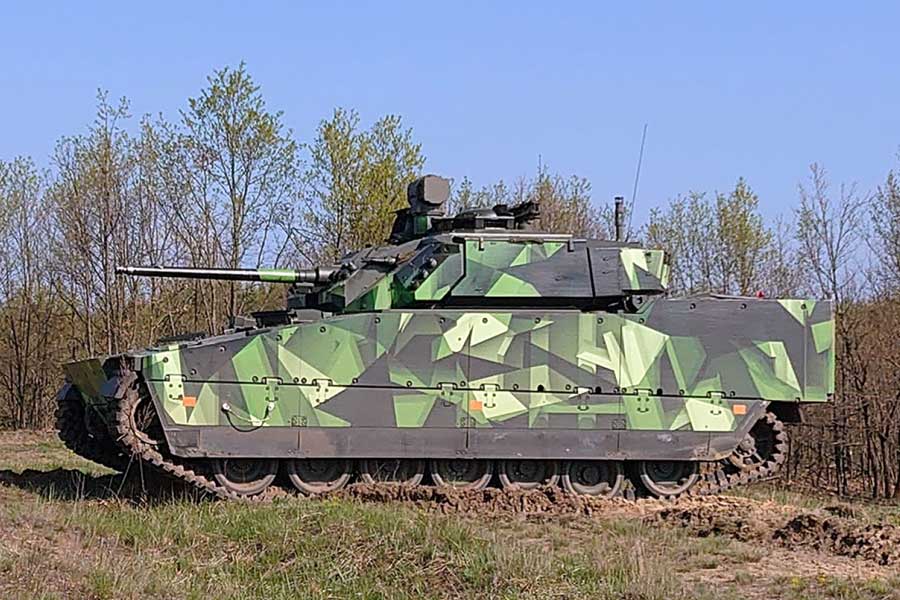 Press Release, Bratislava, 28 June 2022: At today’s meeting, the Slovak Government has signed off on the decision to procure 152 BAE Systems Hägglunds Combat Vehicle 90 Mark IV (CV90 MkIV) armed with a 35mm cannon as its preferred tracked infantry fighting vehicle through a government-to-government (G2G) agreement with the Kingdom of Sweden. The CV90 MkIV platforms are intended to replace the Slovak Army’s fleet of half-a-century-old tracked IFVs. Key to securing Slovakia’s defences, the tracked and wheeled armoured capabilities represent the most significant step towards forming a heavy mechanised brigade, which Slovakia has committed to under its 2017 NATO Capability Targets.

Defence Minister Jaroslav Naď said: “I am very grateful to my colleagues for their unambiguous support for the choice that has, to the maximum extent possible, met the requirements of the Slovak Armed Forces, the set financial limits including the vehicle’s overall price, logistics support, operational costs, and the criteria for SVK defence industry content. The prime contractor for the tracked armoured capability programme is state-owned company ZTS – ŠPECIÁL. Dozens of Slovak state-owned and private businesses will benefit from the project over the long term.”

The Cabinet has agreed with the comprehensive offers in the order in which they were presented by the Minister of Defence. Based on the results published in the MoD’s Feasibility Study Report, the SVK Ministry of Defence recommended the two variants of the Swedish-made CV90 mounted on the MkIV chassis – one armed with a 35mm cannon and the other one with a 30mm cannon – in the first and second place. These choices were followed by Hungary’s LYNX KF41 in the third place and Spain’s ASCOD in the fourth place.

A 60-strong project team of experts from the MoD and the Slovak Armed Forces judged the merits of the offers against all evaluation criteria. Additionally, experts of the Ministry of Economy were invited to co-assess some aspects of the offers. Subsequently, the MoD’s proposal was subject to preliminary and interdepartmental consultations before being submitted to the Ministry of Finance’s Value for Money Unit.

The next step will be to draft an intergovernmental agreement between Slovakia and Sweden to finalise the G2G Agreement between the Government of the Slovak Republic and the Government of the Kingdom of Sweden on the Delivery of the Tracked Armoured Capability and the Implementation Agreement. In this context, the advantages of G2G arrangements include a substantially enhanced guarantee for the delivery of all vehicles under procurement and opportunities to strengthen military cooperation and deepen strategic partnerships.