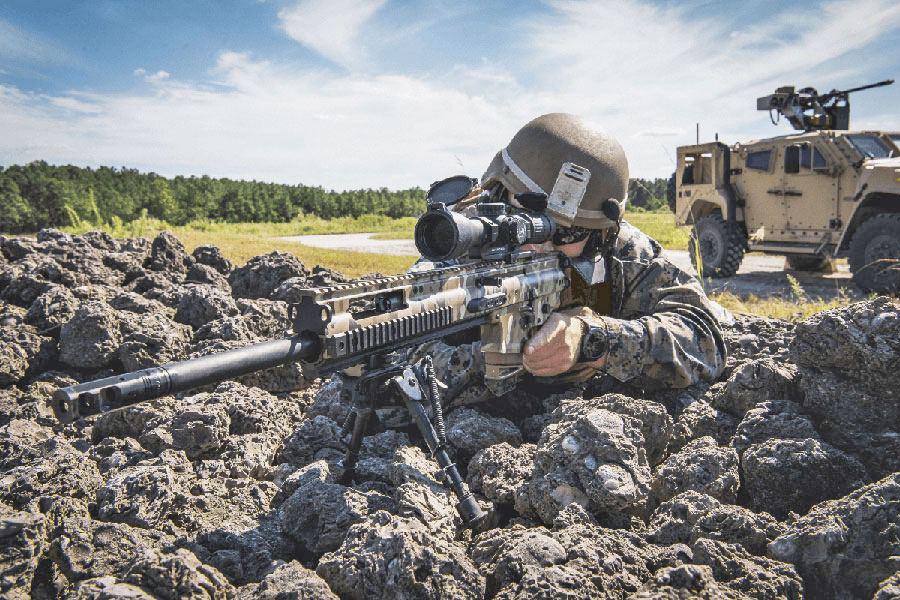 The legendary FN SCAR series, having roots in its battle-proven lineage, now features dual, non-reciprocating charging handles that enable users to shoot from any position or use any grip style. The benchmark of reliability and versatility with its three variants, the FN SCAR rifles are capable of consistent accuracy from their cold hammer-forged and chrome-lined barrels and one-piece forged aluminium receiver. They deliver precision fire with aid from their fully adjustable buttstock, low-flash gas regulator and fast-handling characteristics uncommon in similar rifle platforms.

The MultiCam pattern is arguably one of the most popular camouflage patterns currently used by conventional and Special Operations Forces worldwide. According to Crye Precision, the MultiCam pattern was developed to effectively limit the visual and near-IR signature of a person operating across a very wide range of physical environments and seasons. After many successful evaluations, after being proven in combat, and after becoming the officially issued pattern of the US Army for all Afghanistan operations in 2010, MultiCam is the proven multi-environment concealment solution.