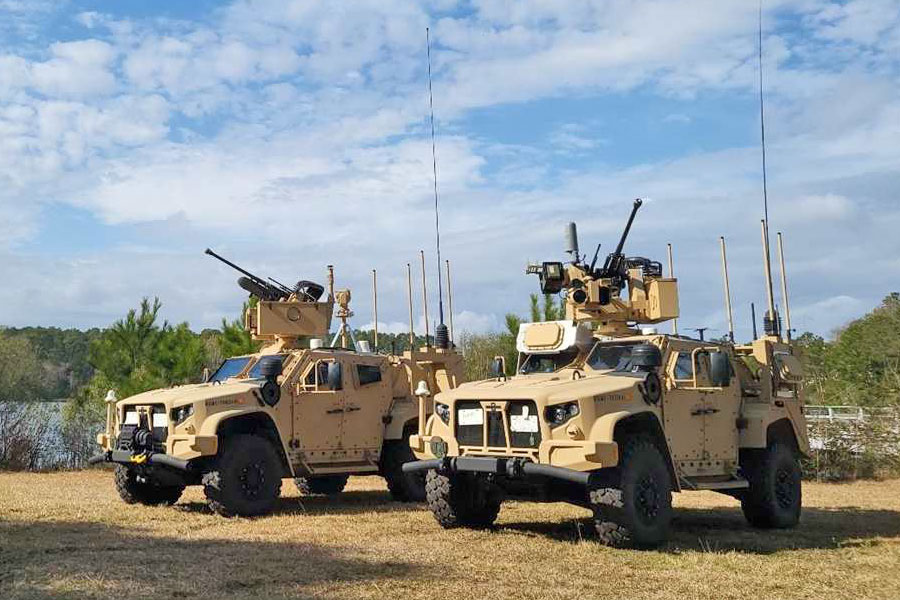 Press Release, Johnstown, 25 May 2022: Production of the Marine Air Defense Integrated System (MADIS) Remote Weapon Station (RWS) has successfully moved from Kongsberg, Norway to Kongsberg Protech Systems USA in Johnstown, Penn. with the inaugural system completing assembly and testing in March. Additional systems are also being built for MADIS as part of the US Marine Corps’ Ground Based Air Defense (GBAD) modernisation effort.

“KONGSBERG’s Johnstown facility consistently yields remote weapon station manufacturing excellence, having produced more than 20,000 systems over the last 15 years. Our highly trained and skilled staff partnered with engineers and staff from Norway to successfully transition the production of all MADIS RWS to the Pennsylvania facility as part of our schedule and contract with the US Marine Corps,” said Jason Toepfer, project manager, MADIS RWS, Kongsberg Protech Systems. “The successful build of this inaugural system exemplifies our rigorous processes, joining the five prototype and test assets we’ve produced for the Marine Corps in Norway. This also kicks off MADIS RWS production here in the US, a move that allows us to better support this customer and deliver this critical lethality enhancement.”

The US Marine Corps awarded Kongsberg the indefinite delivery / indefinite quantity other transaction authority (OTA) production contract in Sept. 2021. It has a ceiling of $94 million and includes a series of Low-Rate Initial Production (LRIP) systems, full-rate production units, spares and training. This production contract award followed a Sept. 2020 OTA contract award from the USMC to KONGSBERG for test articles and activities, which included Design Verification Testing (DVT), after a competitive process.

The KONGSBERG RS6 RWS for MADIS leverages technology and competence drawn from multiple counter-unmanned aircraft systems (C-UAS) and air defence programmes. The system leverages commonality with the family of PROTECTOR RWS delivered and fielded with the US Army and Marine Corps.

KONGSBERG is the world’s leading manufacturer of RWS, having delivered over 20,000 units to more than 20 countries worldwide. KONGSBERG is also the sole provider of RWS and remote turrets to the US Army and US Marine Corps. All RWS and remote turrets delivered to US customers are manufactured in the Kongsberg Johnstown, Penn. facility and leverage our extensive American supply base. The company takes great pride in its continued support to, and for the United States, US employees, and US supply base.