DITA 155mm SPH ~ The Shape Of Artillery To Come? 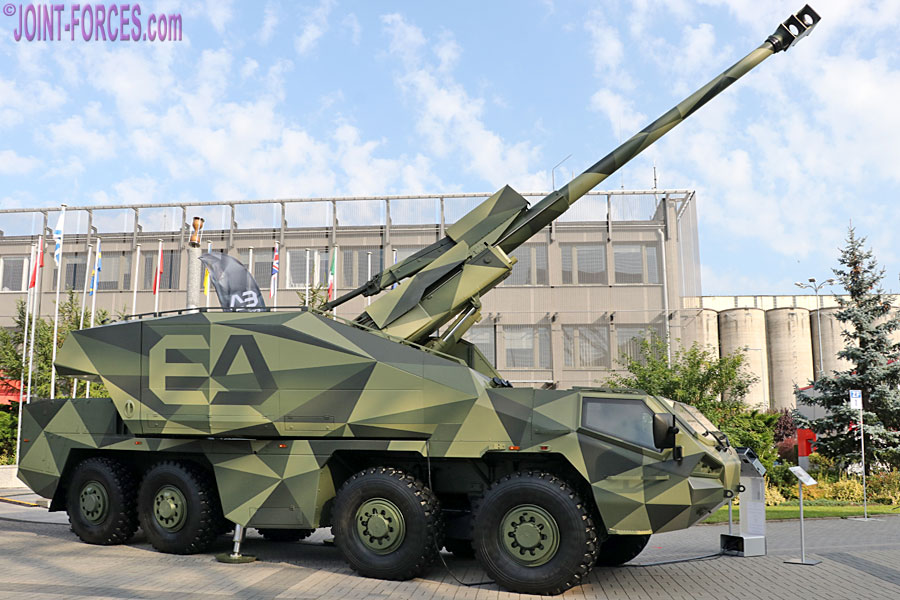 The DITA 155mm SPH (self-propelled howitzer) from Excalibur Army of Czechia (the Czech Republic) might just be the shape of artillery to come, writes Bob Morrison.

First unveiled at IDEX in the UAE in February 2021, though it would be MSPO in Poland in September before we caught up with it, the DITA is a functional concept artillery system which mates a 155mm NATO calibre unmanned gun turret to a proven Tatra 8×8 vehicle chassis with armoured two-man cab; it is the natural successor to the Czechoslovakian 152mm DANA SPH, which entered service four decades ago and still serves with three of the younger NATO nations.

My first impression on seeing the futuristic DITA prototype in Poland ~ it would later be displayed at IDET in Brno, but we did not get there this time ~ was simply “Wow!”. When I then discovered the vehicle has been designed to be operated by just a driver and gunner, and watched its operator standing outside using the M4 Onboard Control System detachable panel to elevate and lay the weapon, which has a 40-round magazine and automatic loading system, I was even more impressed.

The cab of the DITA shown here offers ballistic protection to STANAG 4569 Level 1 and NBC protection through a high performance over-pressure ventilation, heating and air-conditioning system. There is provision for a third crew member to travel in the turret, if necessary or desirable, and the weapon system can also be operated from there in an emergency. An auxiliary 24-Volt hydraulic power unit serves as the main source for the weapon systems and for turret operation.

The gun, which has a range of 39km, can elevate to 70° and depress to -3° (primarily for barrel cleaning, but direct fire mode is also possible) and is traversable by ±60° and a sustained rate of fire of five rounds per minute is achievable. According to the spec sheet, the Onboard Control System (OCS) contains “subsystems of diagnostics, navigation, automatic gun guiding, autonomous calculation of shooting elements and ammunition management”. Both the OCS and the automatic loader are controlled through an M4 control panel, which can be removed from the dashboard for remote operation.

Although the DITA gun turret has been mounted on a Tatra truck chassis, it has been designed from the outset to be autonomous and could be dropped onto any other suitable heavy duty truck or even a tracked chassis instead. With several NATO nations, including the UK, currently looking at replacing legacy self-propelled howitzers and as both France (CAESAR) and Sweden (ARCHER) have already proven the wheeled 155mm SPH concept, this Czech prototype might well be the shape of things to come.