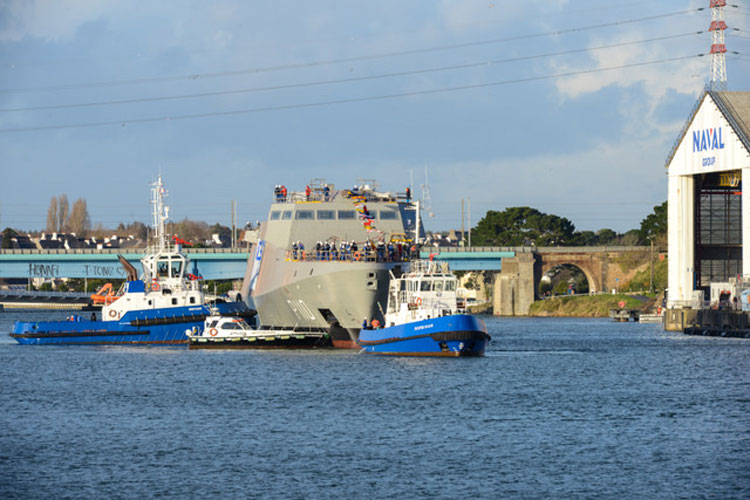 Press Release, Paris, 06 December 2021: In 2019, the United Arab Emirates ordered two Gowind corvettes to be built in France. The first corvette, Bani Yas, was launched today in the Naval Group Lorient shipyard in presence of His Highness Sheikh Saeed bin Hamdan Al-Nahyan. The second corvette is already under construction and will be launched next year.

Naval Group, as a turn-key solution provider, will also train the UAE Navy’s crew from the equipment level up to the operational level. Starting in France, this preparation will continue with team-building and practice on operational scenarios in every warfare area in the Gulf.

Alain Guillou, Naval Group Senior Executive Vice President Development, stated: “We are honoured to welcome the UAE representatives to our shipyard to attend the launching ceremony of their first Gowind corvette. These two surface combatants will provide the UAE Navy with new naval capabilities and this event marks a very important milestone for the program close to the highly symbolic day of the UAE 50th anniversary. The Bani Yas programme illustrates Naval Group’s capability to deliver state of the art products to meet specific requirements of the UAE Navy thanks to the most advanced technologies of the SETIS Combat Management System”.

Gowind has also been selected by two other navies and is successfully in service with the Egyptian Navy.