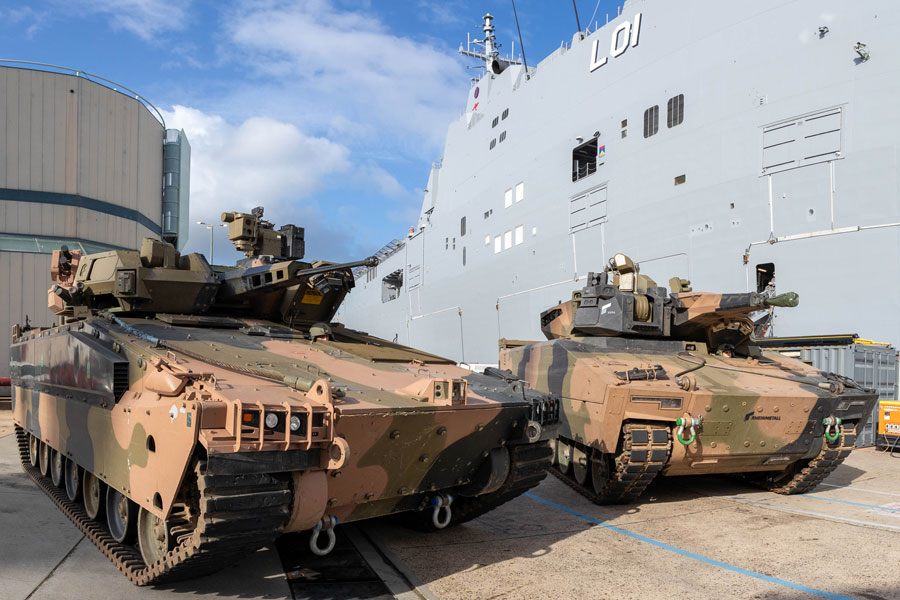 These trials for the Hanwha Defense Australia’s Redback and Rheinmetall Defence Australia’s KF-41 Lynx marked the end of the extensive test and evaluation programme undertaken as part of the two-year risk mitigation activity under the LAND 400 Phase 3 project.

The vehicles were tested on their interoperability with a wide range of naval assets at HMAS Penguin and Garden Island naval bases, including various Navy landing craft and major ships including HMAS Choules [formerly HMS Largs Bay] and the landing helicopter dock, HMAS Adelaide. Defence tested the ability of the vehicles to operate on and off the landing craft and ships, including transfers between the assets. The integration testing ensured the vehicles could effectively operate with the wider joint force.

Head of the Armoured Vehicle Division within Defence’s Capability Acquisition and Sustainment Group, Major General David Coghlan, said the ability of infantry fighting vehicles to be readily deployed domestically and overseas using current ADF transport assets was vital. “These trials have proven that these vehicles can be moved on a variety of Navy landing craft and ships, which will allow this capability in the future to be deployed by both strategic lift and tactical maritime platforms.” Major General Coghlan said.

Valued at between $18.1 billion and $27.1 billion, the infantry fighting vehicle project represents the biggest acquisition in the history of the Australian Army. The project’s risk mitigation activity has now concluded and the project is scheduled to be considered by the government next year.